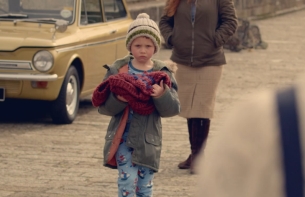 The 28th May saw the launch of Nationwide Building Society’s new brand campaign. Continuing to build on its ‘people before money’ brand platform, Nationwide’s new campaign will incorporate emotive and powerful storytelling to demonstrate that the Society uniquely puts customers first and has been on their side for generations.

The integrated brand campaign will launch via a YouTube takeover on 28th May, supported by an extensive social media, digital and video campaign as well as press, cinema, owned and branch activity. The TV campaign will break via a 90’ launch advert within the final of Britain’s Got Talent on 31st May.

The ad tells the story of a relationship between a father and his son through generations. The ad features a specially produced version of the track ‘I’ll keep you safe’ from Sleeping at Last (who provided music for the recent Budweiser Super Bowl advert). The film was developed by Nationwide and directed by Aspect Film.

Stephen Leonard, Chief Operating Officer, Marketing says, “As the world’s largest building society we have been on our customers’ side for generations.  This brand campaign communicates our unique human values and delivery of an outstanding customer experience. The Nationwide brand is increasingly being seen as the compelling alternative to the high street banks. It is this difference that may help explain why we have now become the UK’s most trusted financial services brand with the most satisfied customers. At Nationwide we aim to be an authentic brand that consistently ‘does the right thing’ to create a virtuous circle for customers, employees and communities. Last week Nationwide recorded strong results demonstrating that it is possible to be successful by doing the right thing.”