Partizan's Warren Fu directs mind-bending promo for 'It's Not Living' 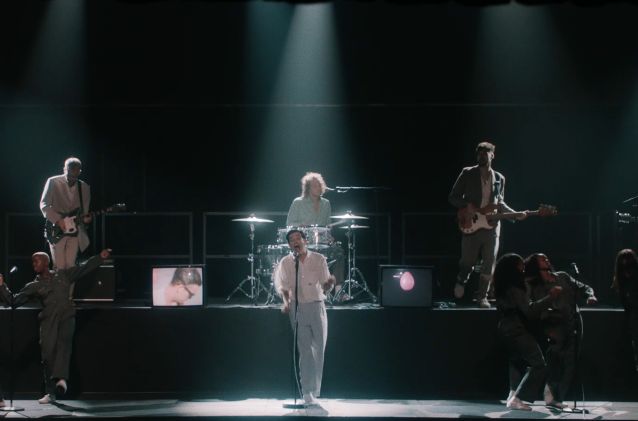 Director Warren Fu’s second collaboration with the 1975 saw them reunite in London for another show-stopper. The promo sees frontman Matty wake from a nap to join the rest of the band on stage; but all is not as it seems... Inspired by the iconic Talking Heads ‘Stop Making Sense’ concert footage from 1984, the band’s performance takes a surreal turn when everything starts to go wrong for Matty.

From his trousers catching on fire to a more confident version of himself appearing onstage, the promo is full of surprises. Matty even stumbles on the set of their previous video ‘Sincerity is Scary’ that they shot with Partizan in LA a few weeks prior. The promo itself is playful and full of classic Warren Fu quirks.