Opinion and Insight 47 0 Add this
New tracks from unperfect, and Billie Eilish, and Bear’s Den 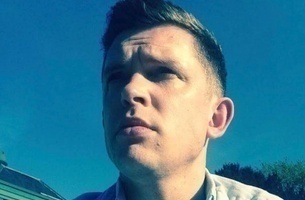 Girl groups in 2019 are pretty much unheard of - however new British girl group unperfect is about to change that. With the backing of Xenomania, and writer Brian Higgins (Sugababes, Girls Aloud), the new four-piece have released their new track “Gots To Give The Girl” – a catchy, gritty, laid back, track that soon has you humming along. I’m really looking forward to see what else the girls do. Watch this space.

American indie-pop singer/songwriter Billie Eilish has released her new single ‘bury a friend’ which has been described as “Deliciously Eerie.” The song is full of layered vocals and voice modulations, with a beat-heavy production and synth melodies. In recent interviews, Billie has said that this single is the nucleus of the new album. While fans may have to wait another month for her album, they can relish in this deliciously eerie ballad in the meantime.

Some other tracks worth listening to are “Fuel On The Fire” by Bear’s Den, “Can’t Take Your Love” by Joseph of Mercury and TABORAH JOHNSON, and SOS by Crazy P. You can listen to my full playlist here: