Check out the latest releases in the Manners McDade July playlist 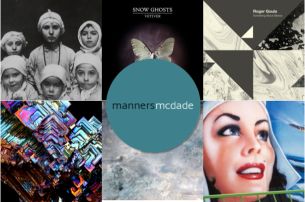 July has been a busy month for Manners McDade artists, with new releases each Friday making it the summer of music for the London-based music publisher. Each release is a new gem for the contemporary classical and electronic genres which Manners McDade represent - listen to them in the Manners McDade July Playlist below!

Nils Frahm presents more beautiful collaborations with his two releases this month. The music created by Woodkid and Nils Frahm for artist JR’s film, Ellis, has been released as a mini album, one track featuring Robert De Niro’s narration. Fitting with the film’s subject on the refugee crisis, proceeds from the album go to the charity Sea Watch. Frahm’s band, Nonkeen with Frederic Gmeiner and Sebastian Singwald, have released their second album this month also: Oddments Of The Gamble, on R&S Records. The album sees Frahm's trademark piano and synth blended with elements of jazz, psychedelia and world music, with expressive bass and jazz-influenced drums.

Christian Löffler’s single Reubin was released earlier this month. The third of a trio of single releases, Löffler uses chopped and distorted vocals and beats to build textures.

Will Samson’s Lua is out today. The five track EP sees the folk-electronica artist exploring more ambient sounds and textures, with shimmering harmonies and meditative melodies.

Ghostly International, represented by Manners McDade for sync, have had multiple releases this month, with exciting new music from Tycho, Tobacco,  Kllo and Starchild & The New Romantic.