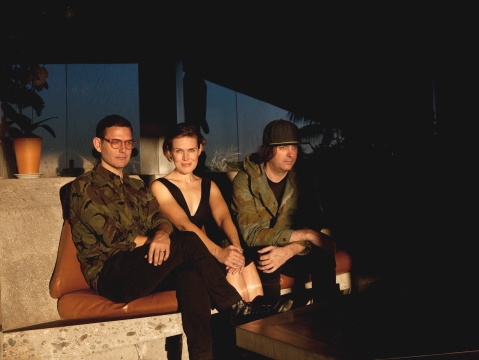 The launch of Ring The Alarm heralds a new era for the business of music. A mission-driven company, Ring The Alarm founders Daron and Jenny Hollowell and Brent Nichols see this as a favorable moment in a rapidly changing industry to step outside the typical boundaries of traditional record labels and music houses. As a disruptive music production company and record label, Ring The Alarm stands firmly on the background and experience of its founders, in original composition for brands, ad agencies, TV and film studios, as well as collaborative productions with emerging artists.

“The way that music is integrated into the world has changed,” says Managing Partner Daron Hollowell.  “This is an opportunity to take chances and forge strategic partnerships with artists and collaborators. This holds true in making albums, but it also works across the board with delivering exactly the right sound for clients as well.”

Ring The Alarm launches as a bicoastal venture, with studios in Los Angeles and Brooklyn.  Even prior to their official launch, Ring The Alarm has worked on significant projects for Lincoln, Visa, and Nikon, as well as two TV shows posting in January and a film currently in production.

The company’s namesake record label is the creative incubator integrated into the Ring The Alarm brand. The RTA label launched its first release November 3 on Stereogum with the debut single “Go In The Light” from Orange Cassettes.

“Ring The Alarm’s point of view is reflected in the artists that we work with,” remarks Executive Creative Director Brent Nichols. “We are a community and a haven for them to be challenged and encouraged to take risks and experiment for exceptional results.  We don’t feel the need for the company to be defined by a particular sound.  If it’s great and pushing boundaries, then that’s our sound.”

The company name was inspired by the seminal Tenor Saw song of the same name.  The song is recognized as the first known example of early 80’s Jamaican dancehall, a breakthrough that signified the end of the then-current music scene and went on spawn a new era and influence countless genres and subgenres. The lyrics ring the alarm / another sound is dying are a call to action that echoes RTA’s ethos and perspective on today’s changing media landscape.

Each Ring The Alarm founder brings a legacy of linking independent music to a broader audience and delivering quality music through experimental processes.

In 2004, RTA Managing Director Daron Hollowell co-founded the award-winning music production company Black Iris Music, and established its subsidiary record label White Iris Records in 2009. Daron brings with him ownership of the White Iris imprint, a significant asset for a music house that offers a direct bridge between great musicians and advertising. Taking this idea even further, Ring The Alarm is partnering with other independent labels to bring their artists into Ring The Alarm projects, opening the door to the creative cross-pollination that is essential to staying relevant and inspired.

Leading Ring The Alarm’s production process is Executive Producer Jenny Hollowell. A veteran freelance agency producer and music house EP, Jenny worked for such powerhouse agencies as W+K NY, The Martin Agency, Anomaly, and 72andsunny before she became EP of Black Iris Music in 2012. At Black Iris, she produced such highlights as “Beautiful Dreamer” for Grey NY’s Emmy award-winning Canon “Inspired” spot and two seasons of original music for the Maron show. Her background both agency and vendor-side makes RTA uniquely suited to bridge the worlds of brands and artists in a holistic and streamlined way.

Joining forces with Daron and Jenny is Executive Creative Director Brent Nichols, formerly of Elias, who brings to Ring The Alarm the coveted ability to execute musical ideas in any genre. His taste-making ear for developing the audio identity of top brands has been recognized with top industry awards including Cannes Lions, Clios, One Show Awards, AICP Awards and D&AD Pencils. Previously, Nichols spent nearly a decade as Creative Director and Composer at music house Squeak E Clean.