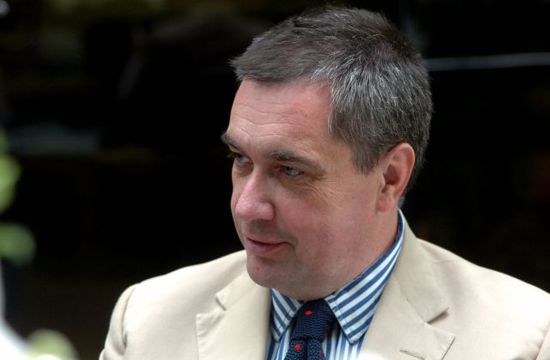 Lindner will be responsible for driving McCann’s businesses throughout the world to deliver integrated marketing solutions across McCann Worldgroup agencies to serve the network’s clients.

“Luca is a true globalist and has established himself as one of the industry’s most experienced multiplatform and global marketing leaders,” said Harris Diamond, CEO, McCann Worldgroup “He has been a key architect behind the success of McCann.”

Lindner was named President of the Americas, Middle East and Africa for McCann Worldgroup in late 2012.  He played a major role in the success of McCann and has consistently established himself throughout his career as one of the advertising agency world’s most respected global leaders, having directly overseen multinational clients and McCann operations in Latin America, North America, Europe, Africa, and the Middle East. Lindner has also played a leading role in overseeing McCann’s global client capabilities and developed innovative dedicated resources such as the global McCann XBC team for MasterCard.

Lindner first joined McCann in August 2004 as CEO of McCann Mexico and Deputy Regional Director of Latin America/Caribbean, and then rose to become Regional Director the next year.  Prior to joining McCann, he served as Vice Chairman of Leo Burnett EMEA and President of Burnett's Fiat Coordination Center. Lindner previously spent four years as CEO of the Conquest & Red Cell Network in Europe. He began his agency career at TBWA in Paris, and then served as Managing Director of TBWA Rome and Client Service Director of TBWA Italy.

“Increasingly, whatever the market or the category, local or global, brands need three things to succeed:  Integrated strategic leadership, multi-platform creative ideas and smart deployment to reach their consumers,” said Lindner.  “As a result, brand marketers have greater need to balance global scope with local know-how, a combination where our worldwide network and business units have unmatched experience and expertise.”