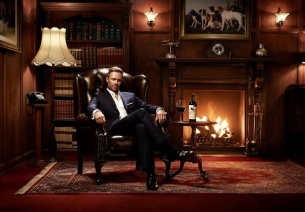 Treasury Wine Estates’ brand Lindeman’s is campaigning “to bring out the gentleman” in young Australian men through the launch of its new wine collection.

Aptly named the Gentleman’s Collection by Dr. Henry John Lindeman, the campaign taps into the trend of ‘gentlemanliness’ in young Australian men and has been developed by J. Walter Thompson. The irreverent campaign positions the new wine range for a ‘gentleman who is, and the gentleman who wishes to be’.

According to J. Walter Thompson Creative Director Jarrod Lowe: “Dr. Lindeman began a journey of refining ruffians via an appreciation for his wines, way back in 1843. We wanted to continue this legacy and that’s exactly what this campaign sets out to do, which is pretty exciting,” he said.

Reflecting the brand’s target audience, who are non-traditional consumers of media, the brand campaign is digitally led through an earned, owned and paid strategy encompassing social, video, public relations and influencer engagement programs.  Key elements to the campaign include: a video series that confronts the pitfalls of gentlemanly rules as well as on premise promotions such as banter enhancing coasters and gentlemanly guides.

“The rules for being a gentleman are not as simple or well defined these days, and being a gentleman in 2015 is no simple feat,” said Lindeman’s Marketing Manager Australia and New Zealand, Tasha Harp.  “We’re witnessing a growing trend of gentlemanliness amongst millennial men, from their grooming habits to their choice of clothes and lifestyle. An appreciation of good wine is an essential part of the mix. Our Gentleman’s Collection, with its unique range of wines, makes it easy for men to navigate their way through the wine selection process,” Harp said.

The Gentleman’s Collection was inspired by a true gentleman of the winemaking world; Dr. Henry J Lindeman. He moved from England to the Hunter Valley where he established his own winery in 1843. A doctor by trade, he set his sights on civilising the hard-drinking colony of Australia by introducing them to more gentlemanly pursuits; mainly the enjoyment of a refined drop.

This quest for a more cultured wine experience continues today; and so the new Gentleman’s Collection range from Lindeman’s is a wine fit for the millennial gentleman.  It consists of four masculine, yet easy drinking red

and white wines – each made with a dash of fortified for rounded refinement.  They are available now at leading liquor retailers across the country.