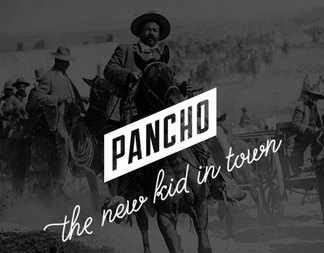 A fresh collective of directors, producers and post-production specialists has set up shop in Collingwood. Studio Pancho brings together high-calibre talent under a new collaborative structure that allows the team to partner up with agencies, fellow production companies and brands alike.

In previous roles, Pancho co-directors, Francesca D'Orazio, Patrick Salter and Chris Ward, have worked alongside some of the biggest agencies and brands in Melbourne. Pancho has launched with a solid base of clients who share its passion for beautiful editorial, visual effects and motion design.

Says D'Orazio: "We're about giving good ideas the care and polish they deserve. Having the best people in every discipline under one roof makes that so much more possible."

Most recently, Pancho has added to the mix one of Melbourne's most well respected freelance colourists CJ Dobson. With over 7 years experience, she has graded for many of the industries leading post facilities including Digital Pictures, iloura, Cutting Edge, Soundfirm and Method. She was recently featured on Little Black Book as one of 14 most exciting up-and-coming colourists from around the world.

Says Dobson: "I love Pancho! It's so great to work alongside such a friendly talented bunch in such a cool space. Being able to give input in to the set up of the grading suite also means that I've been able to get myself plenty of bells and whistles including the Sapphire effects kit which allows me to add clouds, lens flares and film effects just to name a few."

Says Francesca D'Orazio, co-director and producer: "CJ is an incredible talent, she's the perfect fit for Pancho. We're excited to have her around."

Studio Pancho has recently completed some exciting local work for Mazda, Volkswagen and SPC #MyFamilyCan, along with some large international campaigns for Standard Chartered Bank and Oakley India.