St. Louis-based shop picks up award in Pharma use of copywriting category 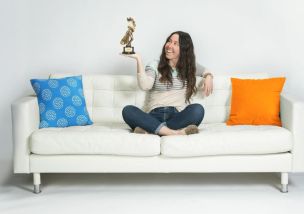 New Honor Society's recent campaign for FC2 Female Condom was just awarded gold at the London International Awards in the Pharma use of copywriting category.

The goal of the campaign was to take a taboo form of birth control in the US and make the brand more human by becoming part of the joke. The campaign features an unapologetically honest and witty video about every flaw, quirk and benefit of the FC2 female condom.

This brave approach opened a conversation around the female condom and successfully empowered women to challenge conventional wisdom around safe sex. With very little paid media support, the content has been widely consumed. It has been picked up by 13 media publications, garnered over 300,000 organic views and reached an estimated 5 million consumers, tripling the awareness goal. This award affirms the St. Louis-based shop’s dedication to helping brands be more human.