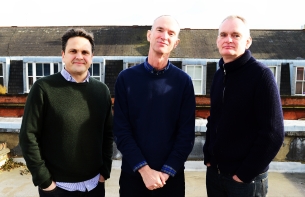 Watchable, a new company specialising in online video and film creation and spearheaded by Theo and Greg Delaney launches this week.

Watchable is designed to generate and execute film content ideas and treatments to fit brands’ strategic objectives as well as engaging their audiences.

Unlike most production companies, Watchable also has the creative and strategic capabilities to take a project right through from the pre-script stage to execution and production.

The company operates a network of strategists, creatives, directors, animators, producers and content creators around the world from London to Los Angeles, Stockholm to Sao Paulo, called the Watchable Talent Network.

Watchable’s founders co-ordinate, orchestrate and curate the expertise of the Watchable Talent Network, to form bespoke filmmaking teams with the right skills for every individual project.

Watchable specialises in the creation and production of film and video of all lengths and across all media, from Instagram and Vine videos, to full-length feature films and documentaries. Watchable’s launch client is the Rugby Football Union.

Greg Delaney adds: “Every brand or organisation needs to have a comms strategy with video at its heart and Watchable is perfectly placed to meet this growing demand.”