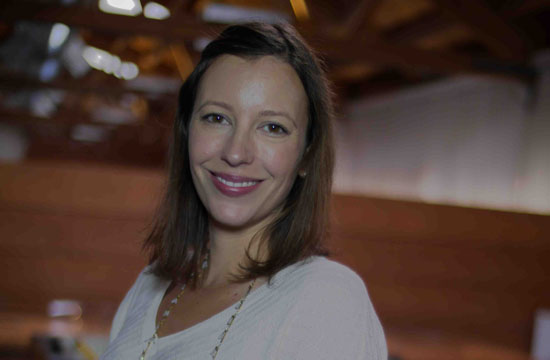 "Blythe is a perfect cultural fit for where we are taking the ‘new’ Stardust,” says Epstein. “We love working with great people on great projects; and she is the incarnation of Buddha."

“From day one of re-launching and re-inventing Stardust, Seth and I had a vision of building something special,” explains Deboree. “To do that, it takes the right team, the right leaders, the right artists and the right network of support. Blythe embodies the experience, taste and spirit of working at the highest level of creative excellence, while also possessing an open mind to pioneering new and innovative ways of producing creative content and servicing the clients we collaborate with. These are key ingredients to Stardust’s current and future success. In the shifting landscape that is advertising and video today, the perfect balance of expertise and ‘beginner’s mind’ is extremely rare to find and absolutely invaluable once discovered. Blythe is all that and more and we could not be happier to welcome her to our young and growing family and look forward to her contributions as an important leader in the company as we continue to move forward.”

Executive Producer Blythe Dalton Klippsten has experienced a long and successful career in both Television VFX and Commercial VFX & Post-Production via high-profile shows and brand campaigns. Most recently serving as Executive Producer in their west coat office, Dalton Klippsten comes from a five-year run at Mass Market where she successfully oversaw the sales and production of such jobs as: Almond Joy & Kit Kat, Comcast, Honda, Pepsi, Dominos and Crate & Barrel, among many others. Prior to joining Mass Market, Dalton Klippsten was an award-winning Television Producer in Post-Production. Early experience on VFX-heavy shows such as “Dark Angel,” “CSI Miami,” and “CSI New York” honed Dalton Klippsten’s impressive skill set. Dalton Klippsten was Visual Effects Producer for a slate of extremely successful television series, all with lauded and expansive visual effects requirements, including “True Blood,” “Gossip Girl,” “Chuck” and “Jericho.” For “Jericho,” Dalton Klippsten was nominated for a 2008 Emmy Award Nomination for “Outstanding Visual Effects.” She was also nominated by VES in the same year.

“I am so very excited to have the privilege of joining the Stardust family,” concludes Dalton Klippsten. “They bring a high level of design and creativity that is very exciting to be a part of and a whole lot of fun! I am looking forward to this strong partnership.”