New Doctors of the World Stunt Shines Spotlight on Poverty 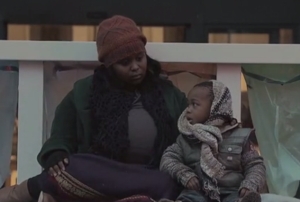 As of 2014 poverty on the street no longer surprises us. We often pass by people in need without even noticing them. Tragic stories only seem to get our attention, when books, movies or plays are written about them. Doctors of the World takes this problem as its starting point for its new campaign.

Directed by El Colony's Guy Goossens, we see a woman on the street in dire need of medical attention. Passers-by walk by without looking up. When an entire film set is built around her (cameras, lights and the famous director Jan Verheyen), something remarkable happens. People stop to look at the woman. They are curious and show interest. At the end of the video the following question is asked: Why does reality only affect us when it is represented as fiction?

“The objective of this film is to show the face of thousands of vulnerable people in Belgium who have no access to medical assistance,” Stéphane Heymans, coordinator of Belgian projects at Doctors of the World, explains. As from today, the campaign goes viral.

Although the woman in the video is an actress, the reactions of the passers-by are real. Radio commercials carrying the same message are broadcasted, with the cooperation of three famous Belgians (Jan Verheyen, Saskia De Coster and Charlotte Vandermeersch).

Advertiser: Doctors of the World