Draftfcb and Beiersdorf for Greater China 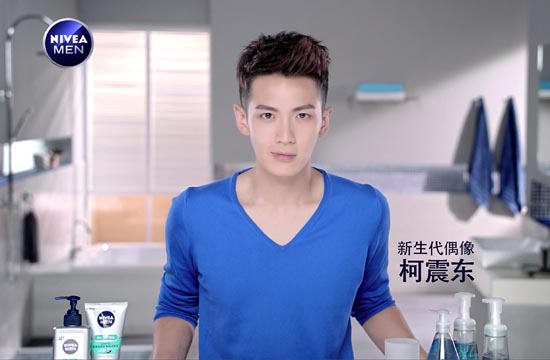 The new television and online campaign brings Nivea Men’s’ new global creative platform, launched at the beginning of this year, to China for the first time. The campaign is targeted at men in their 20s and invites them to break with convention and challenge their daily skin care issues.

Draftfcb’s new television commercial is an action-packed and humorous narrative that uses wacky camera shots to depict the various “oil challenges” that Ke Zhen Dong’s character faces each day. The TVC includes imagery of french fries and oily body builders to demonstrate the “in your face” nature of oily skin problems that exist for the target market.

“The idea behind this campaign recognises that young men frequently experience oily skin problems and that using Nivea Men gives them greater confidence in their daily lives,” said Andy Chan, executive creative director, Beauty Care, Draftfcb China. “This is a quite distinct approach in this category for China and we have starred Ke Zhen Dong to help drive impact of the campaign.”

Ke Zhen Dong is a winner of Best New Actor at the Golden Horse Awards and is also well known for his starring role in the film You Are the Apple of My Eye, where he made his debut.

The new campaign will run into July.