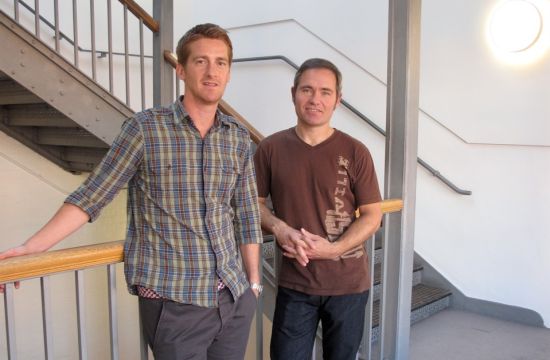 McCann London today announces the appointment of Richard Dorey and Mark McCall to Creative Group Heads, working under Co-Presidents and Chief Creative Officers Rob Doubal and Laurence Thomson. Richard and Mark join from VCCP, where they ran the O2 Guru and O2 Ireland accounts and helped to launch the O2 Guru TV YouTube channel which boasts over 15 million views to date.

Before that, the pair worked at Wieden and Kennedy for 7 years and their diverse body of work on clients such as Nike, Honda, The Guardian, Yakult, Space NK, Mercedes, British Airways and Nokia has won them a number of industry awards including Cannes Lions, D&AD, TED, The Webby Awards, British Arrows and Campaign Big Awards. The duo also achieved a world record for their much acclaimed Nokia ‘Dot’ film – the worlds smallest stop-motion animation character.
Commenting on the new appointments, Laurence Thomson, Co-President and Chief Creative Officer at McCann London, said: "We're really happy to have Mark and Rich join us on our mission.  We first worked with them at Wiedens. They're a terrific team. Smart, beautiful and funny. They're going to be great for McCann London."