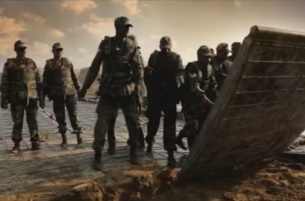 The youth’s perception of the Indian Army has always been of a fighter standing on the border with heavy machine guns and tanks, and the one who is always on standby to fight the enemies at the border.

However, the Indian Army today is not the army of the old days. While valour, patriotism and protection remain at the core of the Armed Forces, it has for the first time, differentiated itself from other popular industries such as information technology, media and financial services. The Indian Army has projected itself as a full-fledged working organization that offers job opportunities in different sectors, and is one of India’s most exciting workplaces. To build excitement around the Indian Army, GREY group India has conceptualized a series of television commercials, print ads and radio spots. The Indian Army, known for its larger than life brand, trusted by a billion people, makes conversation with the audience after a gap of nearly six years. The aim of the campaign is to attract talent to build a career in the Indian Army.

Nirvik Singh, Chairman and CEO, Asia Pacific, GREY group said, “GREY group India is privileged to work with the Indian Army and the DAVP to create the most unique campaign for recruitment of officers in the Indian Army. The crux of the campaign is a shift from the often used tenor of valour and bravery to uncovering the truth of the Indian Army, which is one of India’s biggest organisations. This definition positions the Indian Army as a very competitive offering for young Indians who often seek a career, in media, technology, financial services, government services and other such vocations. No other organization in India provides the canvas of engineering, technology, work-life balance, sustained care and the unique ability of serving the Nation.”

Vineet Singh, Vice President & Business Head, GREY group India, said, “We conducted extensive consumer research by talking to the college youth and the army officers across the nation. We found that the current youth’s perception of the Indian army is starkly different from what it actually is.

While the youth perceives the Indian Army to be only driven by combat roles with outdated technology, the reality is that the army has over 20 diverse career disciplines and is constantly modernizing itself with cutting-edge technology. Thus, the challenge was to showcase this relatively unknown side of the army.”

Dheeraj Sinha, Chief Strategy Officer, GREY South East Asia explains the cultural insight, said, “In eulogizing its physical valour, the Indian Army’s image has become stereotyped. In order to counter this, the current campaign aims to project the Indian Army as the most exciting playground that today’s youth will enjoy working for."