BBH and Stink's Martin Krejci look to the future for BA 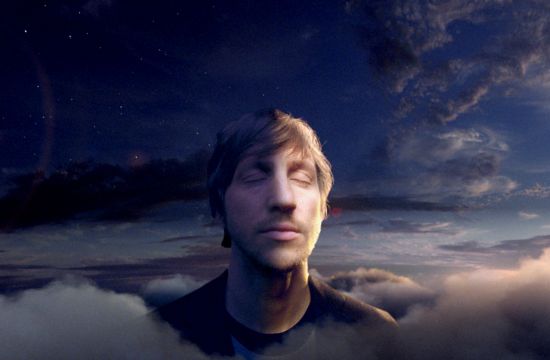 British Airways’ latest ‘To Fly. To Serve’ advertising campaign, will be unveiled during the ‘England versus Moldova’ World Cup qualifier on ITV, Friday 6 September. However customers had a sneak preview at 11am on the airline’s official Facebook site – Facebook.com/britishairways

The TV advert follows a customer journey using a ‘micro to macro’ style of filming, the footage shows close up shots of the intimate details of flying, panning to wide shots of the aircraft in motion. It draws contrasts between them both, showing the care and thought that goes into every part of their journey. The end frame poignantly shows the British Airways logo being stitched into fabric, with the voiceover commenting ‘To Fly. To Serve. Today. Tomorrow.’

Abigail Comber, British Airways’ head of marketing, said: “We wanted to show travel and innovation at its best - the people behind the scenes, the attention to detail, our engineering prowess and the care and expertise to get 100,000 people in the air every day. It is beautifully crafted with a light-hearted tone and proudly features real people from around the airline.”

The film is directed by Martin Krejci, with cinematography from Anthony Dod Mantle, who won an Oscar for his involvement in Slumdog Millionaire. It features a vibrant soundtrack ‘Experience’ (Starkey Remix), by the acclaimed Italian composer and pianist, Ludovico Einaudi. Created by BBH, the TV advert will also run in a number of the airline’s international markets, including USA and India - for the first time in seven years. The music for the campaign was supervised by The Most Radicalist Black Sheep Music.

The press and outdoor advertising showcases the innovative ways in which British Airways helps its customers, featuring its mobile boarding pass and digital bag tag, as well as its latest aircraft – the superjumbo A380.

Hamish Pinnell, creative director at BBH London, commented: “This campaign launches the next chapter of ‘To Fly. To Serve’. It presents the sheer scale of British Airways’ numerous innovations and new services, and sets the platform for the future. We were able to work with some true craftsmen, Martin Kreici, Nadav Kander and Leandro Farina, and the result is beautiful work produced with the same attention to details applied by British Airways everyday.”

In social media, a digital campaign to coincide with the launch of the Dreamliner 787 will commence on 19 September, and again on 24 September for the A380 flight to Los Angeles.
It invites social media users to ‘tweet’ a message using #racetheplane @British_Airways. Each tweet will fuel a virtual version of the aircraft, racing against the actual flight, with prizes to be won.