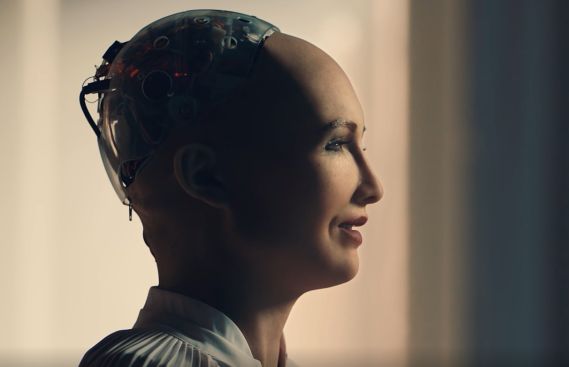 Flare BBDO and BBC Worldwide have created a campaign to launch BBC Earth’s new strand of programming about humans – ‘Being Human’. The campaign breaks on 24th May and the films will run on BBC Earth’s TV channels globally, online and on social.

The films celebrate how amazing it is to be human from the perspective of someone who can never quite be human – one of the world’s most advanced humanoid robots – Sophia. Flare BBDO and BBC Worldwide partnered with Hanson Robotics in Hong Kong, who had created her – a robot who has already stunned audiences at SXSW and graced the cover of Elle magazine. Sophia acts as a spokesperson for the new season, highlighting that even something as technologically advanced as her can never truly match the complexity of humans.

The launch film opens on the back of Sophia’s head. As one of the world’s most advanced humanoid AI robots, the viewer can see the inner workings of her mechanical skull. Electrodes flash and her ‘mind’ whirrs as she is sat watching her human counterparts on a big screen. As the camera begins to pan around her, she talks – telling the audience how amazing it must be to be human, how lucky they are to experience such an existence. One with consciousness and emotional depth that she isn’t capable of having. As the camera pulls tighter Sophia explains that she can only ever dream of really being human. No CGI was used on Sophia.

In follow-up films, set to launch on BBC Earth before programming begins, Sophia is interspersed with stunning footage from the forthcoming ‘Being Human’ season. In one she explains that she’s observed humans ask a lot of questions, such as ‘who are we?’ ‘how can we live better?’, ‘why do we find some things funny?’.

Jon Farrar, Senior Vice President of Global Programming, BBC Worldwide commented, “BBC Earth tells the greatest stories on the planet, and there is no greater story than what it means to be human. Being Human is a major new strand of programming that will explore the complexities, wonder, and magnificence of humanity. It will bring entirely new perspectives to the biggest questions of all time – who are we? How do we live better? And what is our future? Being Human is the ultimate view on ourselves – a global selfie.”

The campaign is certainly the first time Flare BBDO has worked with an ‘AI actress’, bringing whole new production angles such as discussing ‘drag and drop emotions’ with engineers ahead of the shoot.

On set Sophia’s AI was in full effect, meaning every take was unique. Sophia listened to the director and creative discussions about programming content ‘The Science of Laughter’ and she even added a spontaneous smile at the end of one of her takes which features in the final edits.