The Colenso BBDO campaign acknowledges the huge contribution farming has made to building the nation, the dairy industry and the All Blacks 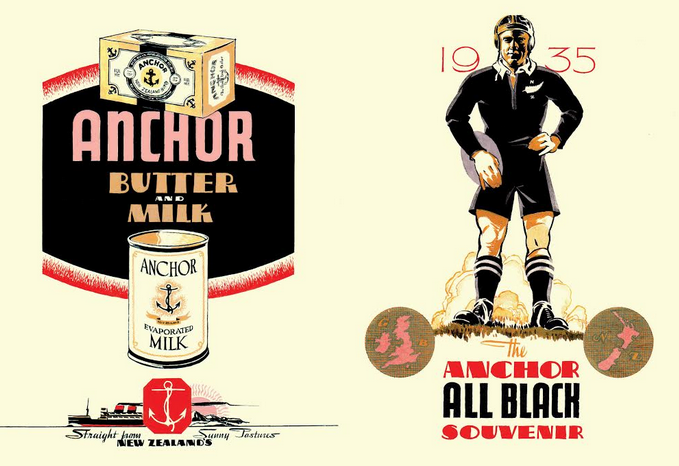 The Anchor All Blacks partnership was announced on July 31st 2015 and 80 years to the day since their 1935 overseas tour (as celebrated in Gilbert Meadows’ famous artwork of the time).

Anchor’s story is an allegory of the story of the nation. From it’s humble beginning on the Hauraki Plains to becoming a big part of our national identity, and a global success story.

New Zealand was built on the hard work and broad shoulders of its farmers.
And it’s those farmers who made this country. They tamed the land. And made it productive.

They started with nothing - perhaps even less than nothing - because they started with swampland, which they first had to drain. Then fence. Then supply with stock. There were no short cuts back then. Only long days, and hard yakka. But that was the making of our agriculture, our dairy industry, and our other world famous exports. Including the All Blacks.

Archive material featuring farming All Blacks is mixed with new footage to complete the story. Andy Blood, the creative director at Colenso BBDO behind the campaign, explained why this is a story that deserves to be told.

“Having now been privileged to work on nine All Blacks campaigns since 1999, it was important to help find an All Blacks story less-told. And telling Anchor’s story, which is so deeply entwined with the team, allowed us to do just that - and at a time when farmers need all the acknowledgement and support for their hard work that they deserve.”

Anna Gestro, Fonterra Brands NZ marketing manager (Anchor), agrees, “The ad shows how lots of long days and hard yakka were the making of our dairy industry, and our other world famous exports – rugby players.”

The campaign will be brought to life on TV, in online video, OOH, and across social media, with a very special launch on 7th September.

The campaign will also launch Anchor’s new position #gostrong which will live across all campaigns. And that’s exactly what we all hope the All Blacks will do.