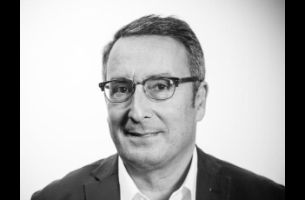 Ami is a serial entrepreneur, having founded and sold numerous creative agencies, and an experienced public speaker. Hasan has served on multiple awards juries, including Cannes Lions, the Clios, D&AD and The Cup.

Speaking about his ideas for ADCE, Ami Hasan said: “I’m flattered to be elected as the president of ADCE, an organisation with great responsibility, influence and potential. The marketing communications industry faces huge meta-competition from not only traditional ad agency rivals, but other consultants and technology companies. Clients will demolish old silos within their organisations and we have to inject creative thinking, design and storytelling to all their customer touchpoints.

“I’m usually not political, but I’m a strong supporter of a united Europe because I have experienced how much easier it has made life for my clients and my agencies.  Our group has 200 people from 15 different nationalities who work across three European countries.

“Civil servants in Brussels will not unite Europe, and we cannot rely on local politicians because political trends are unpredictable and populist. Unity needs to come from individuals, grassroots organisations and companies. I feel strongly that ADCE and its member organisations should be at the forefront of championing a society where we work as Europeans.

“We are all creative by nature and that means embracing everything new and resisting the status quo.  I would like to see protectionist cliques open up and accept creativity in all its forms, but most of all, embrace creativity with a purpose.”

Ami Hasan’s appointment is indicative of the broad approach to creativity of the ADCE, which incorporates both design and advertising.

Departing president, Amir Kassaei (CCO, DDB worldwide), served from 2012 to 2017. Of his time as president, he said “It was great honour to serve as president of the ADC Europe for the past five years. Together we achieved significant advancements, establishing the Rising Stars programme, the European Creativity Festival and Creative Express. I leave having developed a clear plan to maintain the ADCE as the leading creative platform for the communication industry in Europe. I wish the new president Ami Hasan and the team all the best for the future.”

Hasan added: “I’m honoured to follow Amir, who has overseen many important initiatives and helped secure EU financing. I’m jumping onto a moving train and I will help ADCE keep its momentum. It is too early to make grandiose announcements or goal setting for the future, but I’d very much like ADCE to open up to and co-operate with all creative thinkers, which needs the organisation to become even more visible in the creative sector.

“I look forward to working closely with the experienced ADCE executive, board members and member organisations, who I will seek their vision and guidance in my decisions.”

One of Hasan’s first tasks will be to oversee the implementation of a new EU grant for the ADCE. Funding has been secured to run a series of programmes designed to increase creative talent in Europe.

The grant will enable the ADCE to further strengthen its role as a networker, curator and representative for the European graphic design and visual communication sector. It will manifest in a new blog and a comprehensive directory of European creatives.  An experienced leader, Hasan will be at the helm throughout the implementation of these projects.

Hop Off the Trend Bandwagon Before It’s Too Late