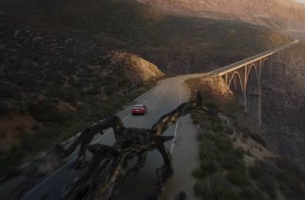 The Hollywood-blockbuster-style film shows a shape-shifting creature (representing engine gunk and corrosion) pursuing a car fueled with Shell V-Power Nitro+. As the drama builds, the car constantly out-performs the amorphous creature, staying ahead by evading its relentless attack at every step.

It will be in Cinemas across the UK from Thursday (April 23rd) at the same time as the new highly anticipated blockbuster Avengers II, ‘Age of Ultron’ movie is released.

The campaign, developed by J. Walter Thompson London, is designed to shake up the car-fuel category, convey the excitement of driving with Shell V Power Nitro+ and generate a visceral response to the dangers that can hold back an engine from delivering at its optimum performance.

It is informed by an understanding of premium fuel buyers - their emotional bond with their car, the importance of their driving experience and their eagerness to care for their engine and therefore maintain its performance.

Jason Berry, J. Walter Thomspon Creative Director, says: “Most drivers don’t realise that fuel can help protect their engine and the Shapeshifter monster is a memorable way to drive home the message that they must be vigilant and arm themselves with Shell V-Power Nitro+. It’s also a cool car chase story with a great baddy.”