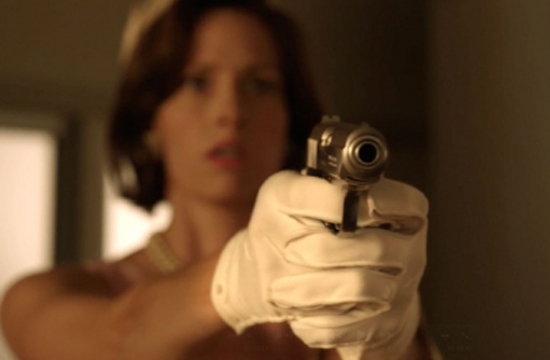 The cross-channel effort kicks off with a high-profile TV spot shot by acclaimed director Michael Lehmann. Lehmann’s credits include True Blood, Californication, Dexter and the cult classic Heathers.
The TV spot, which will also air during the finale of The Pitch, is the first for Turn. Turn is a cloud platform that enables marketers to make smarter decisions and precisely execute cross-channel campaigns. Turn tapped gyro San Francisco as its agency of record late last year, to create a fully integrated platform effort that uses the same principles that Turn brings to its client base.

The campaign will continue online at turn.com/decision where there will include three alternate endings to the TV spot, a blog diary chronicling the campaign’s creation and further information about Turn’s capabilities (the Turn Effect.) Other digital media will support.

The ad is set in the offices of a Madison Avenue agency, circa 1962, where an impeccably groomed ad exec is about to begin a tryst with a shapely young woman from the secretarial pool. Then, another woman walks in. Overcome with jealousy, a bullet is fired and the scene shifts to super slow motion. A voice-over breaks in likening the “ten milliseconds” required for the bullet to traverse the room to the speed of Turn’s digital advertising platform. “Turn targets all the right online audiences with deadly accuracy,” the voice-over explains. “Never second guess a decision, at least not a business decision.”

The ad is meant to be an immediate profile-raiser for Turn by capitalizing on the marketing-heavy makeup of the Mad Men viewership. “There is a burning cigarette in this commercial, a couple makes love, a weapon is fired, none of those things happen in commercials, but they happen in this one,” says gyro San Francisco executive creative director Steffan Postaer. “It’s a game changer.”

"Turn is a very inspiring and brave client and gyro San Francisco President Robert Ray and ECD Steffan Postaer are an amazing team,” said Christoph Becker, ceo+cco, gyro. “Together they led the creation of a brilliantly unconventional campaign.”

Dark Light Pictures, which has worked with Coca-Cola, Budweiser, Honda and a host of other A-List brands, handled the production duties.