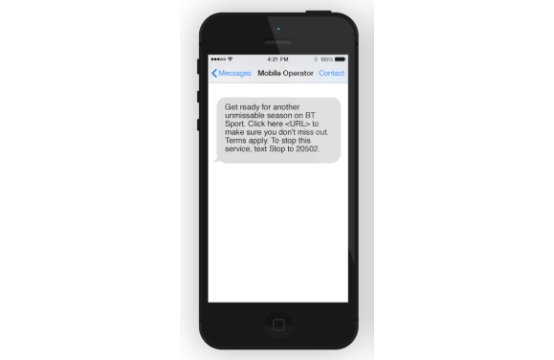 With the Barclays Premier League football season gaining momentum, BT has been using the capabilities of mobile to ensure that those all-important games are firmly logged in fans’ calendars. Working with Maxus and Weve, the company has developed a messaging campaign that enables all the fixtures which BT has the rights to broadcast are downloaded into a football fan’s calendar on their iPhones. The messaging campaign works on two levels, creating engagement and awareness about BT’s presence in football and serving as a reminder over the coming season of the matches the company is broadcasting.

The campaign uses Weve’s audience base of confirmed football fans with iPhones, ensuring the right message is sent to the right audience. Uniquely, and a first for Weve, the company has been able to use specific characteristics of the iPhone calendar (iCal) to create a messaging campaign that raises awareness around multiple events, delivering cut through at scale, right at the start of the football season. The iCal solution is delivered via messaging, which directs the consumer to click on a link to find out more. This takes them through to a branded BT page which triggers the iCal so they can add the live games shown on BT Sport to their schedules. The idea created by Maxus and Weve began at the FA Community Shield and continued over the first set of games of the Barclays Premier League. 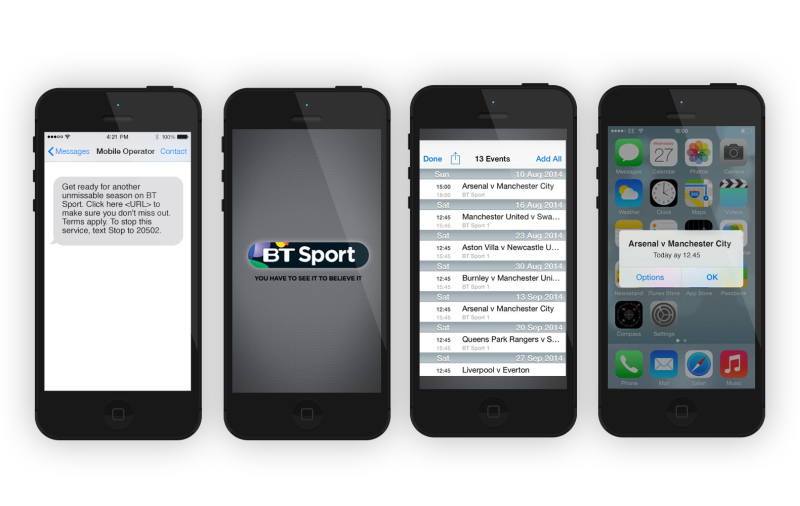