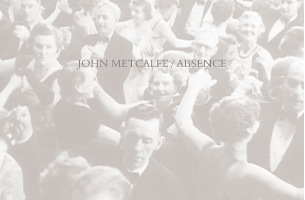 John Metcalfe is a classically trained composer and violinist whose intriguing and eclectic career has taken him from studying viola at the Royal Northern College of Music and later at the prestigious Hochschule in Berlin, to being a founder member of the Durutti Column, to acting as the catalyst for the record label Factory Classical, an offshoot of Tony Wilson’s Factory Records, to writing string arrangements for various popular artists, including Morrissey, Simple Minds and The Pretenders. Since 2010, John has worked extensively with Peter Gabriel, writing arrangements for his album, Scratch My Back, and for the accompanying tour and, in 2011, he co-produced the New Blood album with Gabriel, arranging and orchestrating versions of songs from his back catalogue.

In 2001, John released an album of his own music, The Inner Line, to positive reviews. In 2004, another album, Scorching Bay, was released, and in 2008 A Darker Sunset, about which The Word remarked; “It’s a gloriously schizophrenic collection, one minute lazily teasing out notes amid floaty atmospherics, then jack-knifing into a 60s spy thriller set piece, heavy on brass and scratching.”

In 2015, Real World released John’s album The Appearance Of Colour to much acclaim, with the first single from the album, Just Let Go featuring Bat For Lashes’ Natasha Khan on vocals.

Harriet McBurnie talks with John about his most recent album ‘Absence’, which was released on Neue Meister on 21st September. The album delivers a thoughtful and uplifting rumination on what death leaves behind, and how we come to terms with it.

Q> How did you approach the writing process and did you face any challenges on your most recent album Absence?

John Metcalfe> There are always challenges when I’m writing. I actually set out to write a different kind of record but a couple of events happened that affected me over the year that it took to write and record. I try to counteract a tendency to be slightly haphazard in the initial stages by being more structured and using time away from the studio to crystallise ideas in my head. I like having an objective that carries me into the studio to at least use as a starting block. And the office-hours approach helps - going into the studio every day and making a list of things to address and develop rather than spending time noodling. It really helps to move things on and quite often it’s that technique that leads to periods of real inspiration and creativity.

Q> What are the key themes of Absence?

John Metcalfe> The record is really a series of imagined conversations between people in a relationship when one of them is dying. It’s mainly about the present, the time remaining, but also the past and the subconscious dialogues we continue to have once we’ve lost people close to us.

Q> Do you have a favourite track on the album?

John Metcalfe> ‘See Me Through’.

Q> Why did you decide to collaborate with Ali Friend, Daisy Palmer and Rosie Doonan in particular?

John Metcalfe> I first heard Rosie sing when we worked together on a Peter Gabriel tour. She sang a couple of her own songs and I knew I had to work with her. She has such a beautiful voice. I’ve known Ali for many years now - he is an amazing musician - both in the studio and to perform with live. He plays bass with such intensity and groove but also great lyricism. I’m a wannabe drummer and Daisy is a tour de force - I just love her playing - she’s so versatile but it’s always her soul that you hear.

Q> You have worked with so many great artists from a variety of genres, do you have a favourite moment in your career?

John Metcalfe>Conducting the orchestra on the Peter Gabriel tour at the Hollywood Bowl. Also getting paid 2p by Vicky Sinden at primary school for playing the opening bars of ‘The Entertainer’. This meant I could buy an iced bun at break time.