Netsafe Partners Up With DDB New Zealand To Launch 'Re:scam' Weapon Against Scammers

Re:scam works by occupying the time and resources of scammers through deploying a well-educated AI. 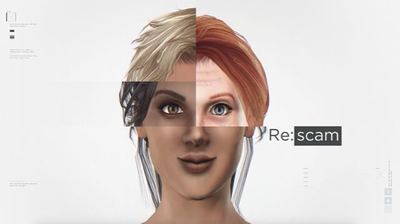 DDB New Zealand has teamed up with Netsafe, New Zealand's independent online safety organisation, to design, build and launch an AI weapon against scammers: Re:scam. The new artificially intelligent (AI) email assistant has been rolled out at a critical time - with cybercrime costing New Zealand hundreds of millions of dollars per year.

Instead of junking or deleting a scam email, you can forward it to Re:scam who will continue the conversation until the scammer stops replying.


Re:scam's powerful AI is capable of assuming multiple personas, engaging scammers in a two-way, ongoing exchange that wastes the time they otherwise could have spent targeting potential victims. It can imitate real human tendencies by using humour and making grammatical errors, all while collecting data that will help to bring down criminals by exposing their vulnerabilities.

Since its launch two weeks ago, Re:scam has been forwarded over 170,000 scam emails by scam-fighters across the globe - including  Australia, the USA, across Europe and the UK. It has already won two digital awards, receiving recognition as 'site of the day' by both the FWA and the CSS.

DDB has worked with Netsafe for nearly a year to design, develop and deliver Re:scam. This includes extensive trialling in private beta within the DDB digital team before launching to the public.

The service was launched with the help of Mango Communications and has been featured extensively in New Zealand in addition to generating buzz across the likes of The Guardian, the BBC, Huffington Post, Reddit, VICE, The Verge, Mashable and Engadget.

Says Damon Stapleton, chief creative officer at DDB: "When we began our partnership with Netsafe, we never anticipated the level of success we have experienced. As Re:scam was originally designed as a solution for people in New Zealand, the global demand has been a big surprise. Our team has barely slept! It has been incredibly exciting to see how much Re:scam is helping people to fight back against cyber-criminals and the demand for this service has been staggering."

Given that 70 per cent of the New Zealand businesses that have experienced a cyberattack have fallen victim to an email scam, Re:scam has been designed specifically with phishing in mind.

Following Re:scam's launch, Netsafe was able to intercept conversations with a real Kiwi who had fallen victim to a romance email scam and lost thousands. The victim was able to supply information for Netsafe to personally follow up and provide confidential advice.

Says Martin Cocker, CEO of Netsafe: "We were really concerned about the growth of predatory email phishing, while victims remained essentially powerless. We feel the scale of the problem far outweighs the attention it receives, and wanted to create a tool that would empower people to take action.

"We are thrilled that Re:scam has been recognised and used across the globe, and want to thank the DDB team for all their hard work - working with us to build a solution from the ground up."

With the main impact of cybercrime in New Zealand being money lost, Re:scam is designed to be quick and easy for everyone to use - no matter who they are. Internet users who receive a phishing scam email can share the problem with Re:scam instantly by simply forwarding the scam email to me@rescam.org. Curious users can then check in and review the exchange between the bot and scammer.

At the time of writing, Re:scam has wasted four years, four months, seventeen days, eight hours, thirteen minutes and twenty-eight seconds of scammers' time and increasing by the second.