Netflix Heroines Star in 'Rules for the Modern Woman'

Let Eleven, Piper and Claire Underwood teach you how to be the perfect housewife in tongue-in-cheek debut campaign from Joan 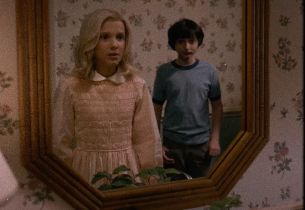 Netflix has been celebrating its fantastic female characters in a campaign that launched during this week's Emmy ceremony. #SheRules has been created to promote the launch of its new series about Queen Elizabeth II and her relationship with the irascible Prince Philip.

The launch TV spot was a hit with the Twitterati - and NY-based agency Joan is following it up with a brilliantly subversive social component.

'Rules for the Modern Woman' is the first to come out of Joan, the agency founded by former W+K ECD Jaime Robinson and former Refinery29 COO Lisa Clunie.

Original Netflix 'She Rules' ad that aired during the 2016 Emmys