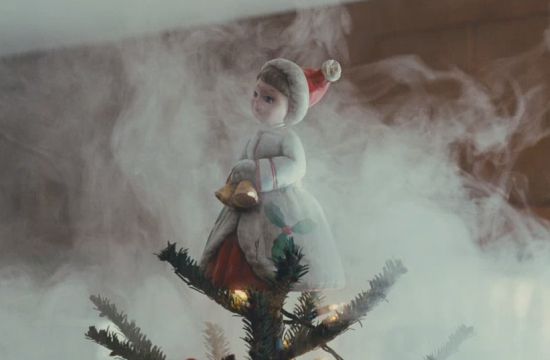 The holidays can be a time of joy and togetherness, but they can also be a time of stress…because of all the togetherness. In this new commercial from Deutsch LA, Netflix suggests that a solution to all the holiday-induced craziness is bringing the family together with some entertainment on Netflix.

The spot, “Tree Topper”, tells the story of a rambunctious family from the viewpoint of a porcelain tree topper, voiced by The Sopranos’ Lorraine Bracco. She describes how she has seen a lot in her decades with the family. Near misses. The antics of the McDermott boys.  Just about everything that comes with being part of a big family.

Even though it can be crazy in the house, she loves when the family is curled up in front of Netflix. It’s so sweet  that it always brings a smile. Then again, she adds, “It’s kinda painted on my face.”

Deutsch LA was recently added to Netflix’s agency roster, and this is our first work for Netflix. It will be accompanied by radio, print digital and experiential work that reinforces that Netflix is what connects people during the holidays.

The commercial was directed by Matt Aselton, who brought humor and pathos to our “Cubs Win” ad for PlayStation.