The insightful spot was created by Deutsch and produced by Alldayeveryday, with colour grading by MPC 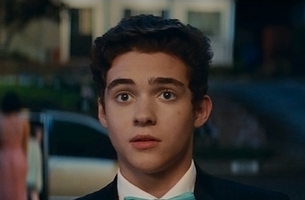 With Nest’s newest product, the “Hello” video doorbell, you'll never miss a moment at the front door.
To launch the “Hello,” Nest’s Marketing and Creative teams collaborated with Deutsch and Alldayeveryday’s director Matt Baron to produce this :30 spot.
The spot, titled “Prom Night,” taps into the topic of how men treat women in society. It’s a little story about one of those critical conversations between parent and teenager.
We were driven to the script because of the important and topical subject matter it focuses on - treating women, and each other, with respect. And because, as we say at the end, it starts at home. This will debut during the Oscars on March 4, which aligns nicely given attention was brought to this issue first in Hollywood, before spreading across industries.
“This work is especially touching to me as I’ve had many similar conversations with my son,” says Pete Favat, Chief Creative Officer of Deutsch North America. “We wanted to make this more than just a product demo. And instead, tell a story that is really important and culturally relevant right now.”
view more - Creative