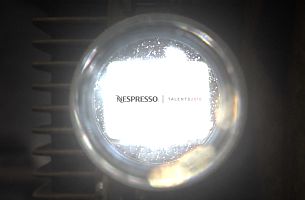 Following the announcement of the inaugural Nespresso Talents 2016 contest at the 66th Berlinale film festival in Berlin, the vertical film contest is now officially open and accepting submissions on Nespresso.com/talents and partnering website Userfarm.com, the leading crowdsourced video company and part of Filmmaster Productions.

Filmmakers are being challenged to create and share a three minute, vertical format film that explores what extraordinary means to them. The contest is open for entries from March 7th until the April 10th 2016 and has been created to find extraordinary filmmakers from across the world and provide them with a platform to share and celebrate their talent.

Nespresso seeks out people who think differently, who are prepared to go further, push boundaries and demonstrate creativity in what they do. For this reason, Nespresso is proud to support film events, with a focus on young talent and innovation in film and has supported platforms that recognise outstanding creativity including Cannes Film Festival, 'La Semaine de la Critique' Berlinale and Berlinale Talents.

Entering the contest couldn’t be simpler

The theme of ‘Explore Your Extraordinary’ can be interpreted in any way that the filmmaker chooses; all genres and languages welcomed. There are just two rules to follow: 1.Be original and 2. Films must be shot and presented in a vertical format (9:16).

'Explore your Extraordinary' is reflective of the Nespresso belief that everyday moments can be transformed into something extraordinary. These indefinable, incomparable and meaningful moments that add that little something and lift your everyday.

The request for all submissions to be shot vertically breaks with the usual conventions of shooting horizontally. Making and viewing films in a vertical format enables audiences and filmmakers to see things from a different perspective and develop new, creative ways of telling stories, and is also reflective of the way people consume content on their mobile phones and tablets.

20 Shortlisted films will be visible on April 25

Following the contest closing on 10 April, an international jury of experienced industry figures will be challenged with reviewing all the entries and whittling it down to a shortlist of 20 films. The shortlisted films will be available for the public to view on via Nespresso.com/talents. Public views and comments will only inspire the Jury in their final selection of the three best films but will not have any direct impact on the final decision.

Three selected filmmakers will each receive 6,000 Euros in prize money along with being invited to receive their rewards at a specially organised ceremony at Cannes Film Festival 2016. Their films will be showcased in a private screening during the Festival, notably in the presence of the jury members, representatives from La Semaine de La Critique and media.

The hand selected jury for the Nespresso Talents 2016 contest is comprised of three talented filmmakers and Chief Customer Officer of Nespresso, Alfonso Gonzalez. The jury talent has been selected with the help of teams from Berlinale Talents and La Semaine de la Critique. The influential “Semaine”, a parallel section of the Cannes Film Festival, has a reputation for discovering director talent including many leading names in cinematography.

The jury members are recognised as future key players in the film industry and have been commissioned to create a vertical film to bring to life the theme of Nespresso Talents 2016, in order to inspire and encourage filmmakers enter the contest. Their original creation can be watched at Nespresso.com/talents

Featuring on the jury are:

Gaëlle Denis - President of the Jury

Gaëlle has won a BAFTA and a Cannes Cinéfondation selection for her short “Fish Never Sleep”. And her latest short, “Crocodile”, won the Canal Plus best short film award at Cannes 2014 Semaine de la Critique.

Eva is a multi-award winning filmmaker working in both documentary and fiction. Eva is Berlinale Talents alumni, and the recipient of the Sundance Mahindra Global Filmmaking Award.

Since he started to work in the film business, Erik has produced a whole range of highly visual, often unconventional short films (“Now Follows”, German Short Film Award, in 2011, “Rhino Full Throttle”, 2013 & premiered at the Berlinale). Currently Erik is working on writing a feature film, with support from Wim Wenders and his foundation.

Alfonso has a unique international background from working in different countries including Mexico, Puerto Rico, Argentina, the US and Switzerland. As Chief Customer Officer at Nestlé Nespresso S.A., he recently coordinated the latest George Clooney campaign, mixing great storytelling across the mediums. He is very excited to be part of the jury for Nespresso Talents 2016 and passionate about exploring new ways of creating content.