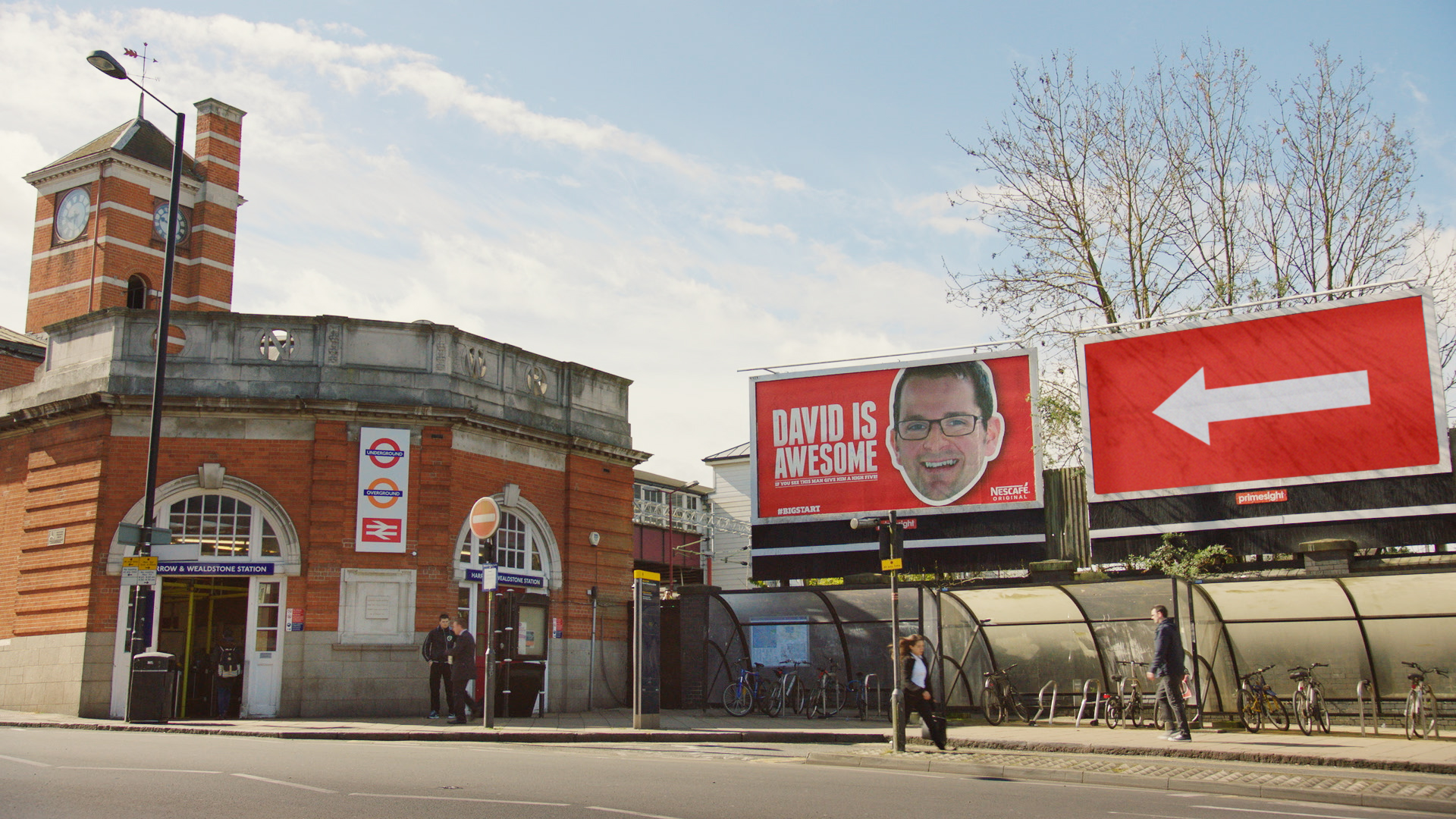 Brits throughout the country usually start their morning with a mug of NESCAFÉ Original, a ritual that has put the brand at the centre of people’s mornings for over 75 years. In 2015, NESCAFÉ Original’s Big Start campaign caught the nations imagination (and hearts), and followed some loveable characters winning a start to their day they could only have dreamed of.

What began, as a simple on-pack promotion became a globally shared, emotion-packed campaign that has racked up over 20m views so far and is unlike anything NESCAFÉ Original has done before. - Removing the usual link to purchase, and developing a brand affinity (and brand love) campaign with on-pack as a media channel.

Following that success, NESCAFÉ Original is back with the latest installment in the series featuring new recruit: ‘Awesome David’.

Awesome David is husband to devoted wife Hanna and father to their two boys.  His life revolves around his family and it’s fair to say, he is tired in the mornings.  Hanna, who nominated David for a Big Start, said that it would be nice if the world revolved around him for a change.

David’s Big Start begins with his journey to work. Operating on autopilot (as most of us do in the morning), David is met by his usual bus – but this one has his face emblazoned across the side.  He doesn’t notice.  He gets on, with his paper tucked under his arm– which also has his face and the words ‘David is Awesome’ as the daily headline.  He doesn’t spot that either.  He gets fist bumps and high fives from people getting on.  He finally looks round and sees his fellow passengers reading the same paper, and starts to clock on. Upon reaching his local rail station Harrow & Wealdstone, a local news reporter greets David to discuss how his ‘Big Start’ to the morning has played out- all under the backdrop of an OOH Billboard featuring David himself.

The film, created by iris, will roll out across digital and social – and is the first in a new line up of surprise scenerios developed by the agency and Nescafe to give people across the nation a heart-warming start to their day.

Andy Taylor, Executive Creative Director, iris, said: “NESCAFÉ Original has always played a vital kick start to people’s morning routine, and this film proves that some of us need it a little more than others. The charm of the next in our series of surprise Big Starts comes from sleepy old David missing so many of the highly visual treats we had laid on for him on his journey to work before finally clocking that his whole morning journey had revolved around him for once”.

Frankie Etherington, Assistant Brand Manager, NESCAFÉ Original, said: David’s Big Start is another great execution of the Big Start campaign– we really love how David lived up to his reputation by being completely on autopilot through the whole Big Start!