Nema Print will showcase the work of four young photographers 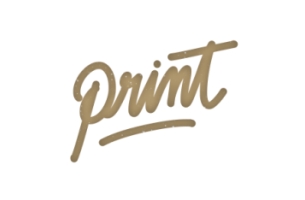 The year is off to a great start for the young production company NEMA Prod and its two founders: Charly Cuvillier and Thomas Correia. This January sees the launch of their new website but most importantly the launch of a new sister agency: NEMA Print.

‘We are focusing on the development of our company’ explains Charly Cuvillier, co-founder at NEMA Prod. ‘We built ourselves as a start-up, we have grown exponentially and making a 2.0 version of the website was also the chance to pass the message of our development on to our collaborators’.

Pure, simple and fast, the website created by two developers Mat & Dan, has now become a strong portfolio of their productions: Advertising, TV or documentaries such as their latest: ‘Nouvelle Ecole : La renaissance du rap Français’ about the French hip hop scene directed by Dimitri Danvidé.

Launched yesterday evening on January 13th, 2015, NEMA Print, the young sister of the mother agency NEMA Prod, which was founded in 2011, will showcase the work of 4 young photographers:

• Victor Habchy; winner of numerous, prestigious competitions such as the French national ' Young Talent ' of Ile-de-France. Already published in numerous magazines such as PHOTO and Vocativ, Victor is an emerging artist who gravitates naturally to certain subjects and environments that he captures in his images. All of his pictures perfectly illustrate the digital generation of photography: mutli disciplinary, curious and constantly progressing.

• Julien Froment; a former video editor, Julien first experimented with photography in 2009 while at a shoot on which he was working. Several contracts for photoshoots swiftly follow, and his career in photography is launched. He sees photography as a passion in continuity with other passions. He collaborates with luxurious jewellery brands, lingerie designers and chefs.

• Franck Bohbo; focusing his artistic research on public spaces, urban landscapes and, more recently, on environmental portraits, Franck explains "I make pictures with my heart. Photography is a moment of solitude, happiness and pain". Rooted in his fascination with cinematographic iconography, his thematics study the relationship between the individual and architecture. Some series study the relationship between fiction and reality.

• Brice Portolan; finding his inspiration in his adventures, travels and from the big spaces he had experienced around the world, he is now realising a photographic work on modern adventurers (surfers, cliff divers, explortors and hunters), from the South of France to the Isles in Alaska.

Their interest for photography is not new for NEMA Prod, the opening of this appendix was therefore completely natural. Thomas Correia explains ' We are very enthusiastic about art in general, not only for video. We absolutely wanted to work with photographers, it’s not the same relationship and way of working then with directors.'

Consisting of a small, versatile and very talented team, the agency wishes to touch several domains: luxury, fashion and nature. Since the inception of NEMA Prod, the two founders quickly felt that there was a real need and demand from the advertising market to combine productions mixing still and motion photography.

Chalry Cuvillier, co-founder and producer adds: ‘The mission, the philosophy and the desires of the agency stay the same - their purpose: to offer new services to our customers and bring to agencies a new, creative, strong look and especially YOUNG! '