Neil French is Honoured with Lotus Legend at Adfest 2015

Some of his most recognised work includes a campaigns for XO Beer – a fake beer that was so successfully promoted in the Straits Times, that people asked to buy it in bars 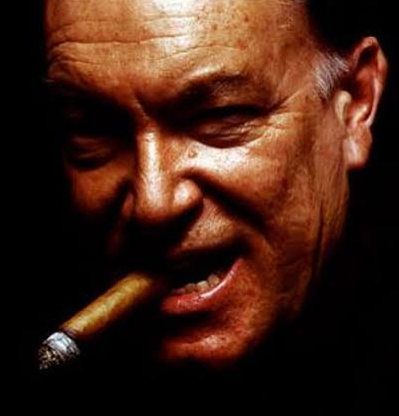 Neil French has been awarded the Lotus Legend at ADFEST: Be Bad 2015 – a fitting result for this year’s ADFEST theme as he has been no stranger to controversy and has consistently broken down boundaries in advertising throughout his career.

Angel Guerrero, publisher and chief editor of Adobe Magazine in Manila accepted the award on French’s behalf, as he was unable to attend the Lotus Awards presentation at ADFEST 2015. Angel has known Neil French since he started his career in Singapore in the 1980’s.

Said Angel, “Neil is the legend of legends and can be credited with bringing Asian creativity into the limelight. He was a fantastic mentor and would drive everyone to deliver award-winning work. In fact he was meticulous at keeping score of awards won by creatives.”

A copywriter by profession, French first made his name in Singapore in the late 1970s through to the mid-1990s through his work with Ogilvy & Mather, Batey Ads and The Ball Partnership. Some of his most famous work includes campaigns for Chivas Regal, Kaminomoto Hair Tonic and XO Beer (a fake beer that was so successfully promoted in the Straits Times, that people asked to buy it in bars).

Returning to Ogilvy in 1995 as Regional Creative Director, he was named Worldwide Creative Director for the agency in 1998, rising to the same title for the WPP Group Plc (owner of Ogilvy), before he resigned in 2005.

Neil French sent a message to ADFEST delegates, saying it was “honorific to receive the award”.

Now in its fourth year, Lotus Legend is given in honour of long-serving creative excellence in the region. Previous Lotus Legends have been Akira Kagami (2012), David Droga (2013) and Yasmin Ahmad (2014).

To be considered as a recipient of the Lotus Legend, candidates must first be nominated by an ADFEST judge. Each of the 56 judges on this year’s Lotus Award Juries was asked to put forward one contender. Their choice had to be a creative leader, either previously or currently active in the advertising and communication industry in the Asia Pacific or Middle East region. He or she must have achieved creative excellence whilst working in those regions, as well as be seen as a role model to junior creatives.