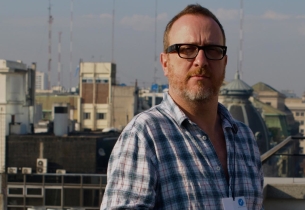 The appointment marks Neil’s return to TBWA, where he was formerly Creative Director in the London office from 2003 to 2005. In his new role, Neil will be responsible for all global Nissan creative and content from both Omnicom and non-Omnicom agencies, helping to further drive the global creative vision for the Nissan brand. He will report to Nissan United President Jon Castle and TBWA Global Creative President Chris Garbutt, and will be based in TBWA’s New York headquarters.

“Neil is an amazing talent with an exceptional background and the ability to generate award-winning creative on a global scale,” said Castle. “Nissan is an incredibly ambitious brand, and we are confident that Neil will help drive great work in our markets around the world. We are delighted to have him join the Nissan United team.”

Nissan United is wholly comprised of leaders from Nissan’s global agencies of record, including TBWA, OMD, Interbrand, Designory, Critical Mass and Emanate, with the ultimate objective of building brand value and driving coherent communication for all brand activities through a rigorous process that allows maximum local flexibility.

Neil first achieved creative success with the multi award-winning Volkswagen ‘Surprisingly Ordinary Prices’ campaign, in which “Wedding” remained the most awarded print ad in advertising history for over a decade. Since then, he has worked on a variety of international brands, creating game-changing work. While Creative Director of the global Johnnie Walker account, Neil created the “Fish” commercial that inspired a whole new chapter of brand’s ‘Keep Walking’ campaign.  Subsequently, Neil led the global Philips Electronics account for DDB. Under his stewardship, the agency won a pride of Cannes Lions including back-to-back Cannes Grands Prix in 2009 and 2010. Most recently, Neil was responsible for the global re-launch of Bacardi Rum.

Commenting on the appointment, Chris Garbutt said: “I'm thrilled that Neil is joining TBWA, and is going to lead Nissan creative globally. He has a history of disrupting the category with his creative product, and he's not afraid to shake things up in order to produce the kind of iconic work that reinvents the status quo.  At TBWA, we are committed to creative brilliance on all our brands, and Neil will bring just that.”