Neighbourly Battles on the High Seas in Pirate-Infested Wilko Spot 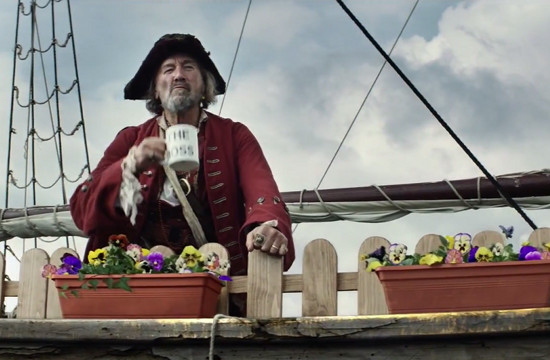 Wilkinson, the variety store retailer has released its first TV spot as it rebrands to Wilko. TBWA\Manchester created the spot, which debuts on 9 April. It is the agency’s first work since winning the account.

Wilko are a family of doers, helpers and fixers who stock the stuff of life. They like nothing more than helping their customers get their to-dos done.

This campaign demonstrates this through the fun of getting stuff done. Showcasing Wilko's variety by celebrating transforming your home and the achievement you feel when this is completed.

Based on the insight of keeping up with your neighbours the ad, set in the context of pirate times, sees our loveable rogue Captain Jack finally defeat his nemesis Captain Roger by transforming his ship to become king of the seas thanks to Wilko.

Fergus McCallum, Chief Executive at TBWA\Manchester said: “Wilko wanted to take a brave and disruptive approach which for us makes for a great brief.  We’ve developed what is hopefully a memorable rallying cry that encapsulates Wilko’s can-do spirit. And have brought this to life with an ad campaign designed to excite and entertain people to reappraise the quality, value and breadth of their offer.”