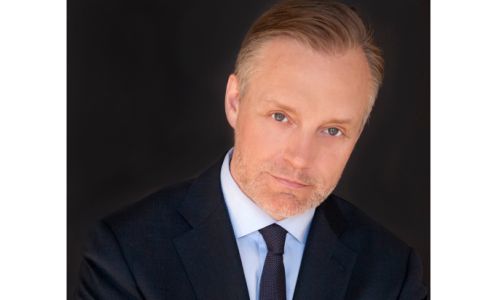 Neal Davies, most recently one of the co-founders of Naked Communications, will become President and CEO of Effie Worldwide.  The organization’s President and CEO, Mary Lee Keane will retire this summer, after 20 years of leadership.

Under Keane’s stewardship, the Effies has grown from a single North American awards competition to the global authority on effectiveness in marketing communications.

“Mary Lee has been the foundation stone upon which Effie Worldwide was built. She is a very strong leader who worked tirelessly behind the scenes to champion effectiveness in communications across the globe, resulting in the creation of over 40 national Effie programs,” said Effie Worldwide Chairman of the Board, Carl Johnson, co-founder of Anomaly.

When Keane joined the organization in 1994, Effie was part of the New York American Marketing Association and was highly regarded, primarily among advertisers and account planners.  Throughout her tenure, Effie evolved with the marketing communications landscape, diversifying its juries, boards and awards program to encompass all forms of marketing communications and the latest developments in the industry.  In 2008, Effie Worldwide became an independent nonprofit organization with the mission of spotlighting marketing ideas that work and encouraging thoughtful dialogue around the drivers of marketing effectiveness.  Its effectiveness case studies have become an increasingly important industry educational resource.  Effie Worldwide continues to expand through the Effie Effectiveness Index, The Effie Report, and most recently, its partnership with the World Economic Forum to influence marketers to drive consumers toward more sustainable choices through the Positive Change Effie Award.

Keane’s successor, Neal Davies, is the first person with an agency background to lead Effie Worldwide. With nearly 25 years marketing experience as both a client and an agency practitioner and leader (with TBWA, McCann, Naked and Kodak) Davies brings a fresh perspective to role.   As President and CEO of Effie Worldwide, Davies will serve as both the operational lead and the industry spokesperson for the organization.   He will be oversee the organization’s staff at its New York headquarters, as well as its 44 international partners. Davies will report to the Board of Directors of Effie Worldwide.

“I am both honored by Effie’s reputation and excited by its potential,” said Davies, who was the recipient of a Grand Effie in 2003. “The Effie is the most prestigious award of its kind and sets the standard for marketing excellence globally.”

“It’s been such a privilege to lead this amazing organization," Keane said.  “I have high expectations of what Neal and the extraordinary Effie staff will achieve,” she added.

“The Board is grateful for her innumerable contributions to the Effies and her distinguished tenure as a leader over the last 20 years. She truly is one of the unsung heroes of the industry whose achievements are matched only by her humility,” added Johnson.  “Neal’s background will allow him to build on Mary Lee’s contributions to the Effies and grow and evolve the organization to the next level.”