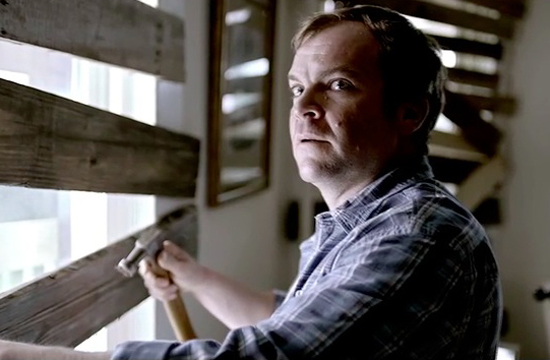 National Comedy Director Matt Pittroff of Twist took on zombies and raging hordes to show kids who’s boss at home for TheTVBoss.org. Promoting parental control against inappropriate or scary content, the 2-spot, PSA campaign was created by GMMB on behalf of the National Cable & Telecommunications Association (NCTA). Pittroff and the Twist team double casted, and shot both English and Spanish versions of the popular spots.

“Matt and his team at Twist took a great idea and made it even better,” says Michael Carpenter, SVP/Creative Director at GMMB. “Their comedic sensibilities and unmatched storytelling approach brought the creative concept to life in a way that is sure to catch parents' attention while reminding them that they're in control of what their kids see on TV.”

“Who doesn't love zombies and flaming arrows?” asks Twist Director Matt Pittroff. “Isn't that every Director and 13-year-old boy's dream? It would have been easy to get all scary and gory, but we were challenged with conveying the genre and its undesirable elements in a light hearted and inoffensive way, knowing that the kids we are looking to protect could be watching. I am really pleased with how the spots turned out and loved the collaborative interaction with GMMB. Most of all, I'm psyched about the awesome Facebook pictures I got out of the deal.”

“Matt has an uncanny ability to translate his charm and work ethic to almost any kind of storytelling,” explains Amyliz Pera, Executive Producer at Twist. “Lately, he's ranged from stylized comedy to situational humor to cinematic storytelling to the ol' light smile. Although he'd shot a nice variety of subjects, including unicorns & centaurs, he had yet to cover zombies. We're eternally grateful to GMMB for adding this to his repertoire. More importantly, it's a pleasure to work on smart creative with people who care about the product they're promoting.”