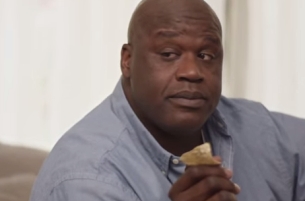 Now, AT&T is rolling out a second round of ads to coincide with the NCAA Sweet 16.  And once again, the work features this same group of familiar players.

In the final two TV spots, “Strong Dunk” proves that a dunk from a big man can be strong as well as impressive. In “Strong Bracket,” Clyde Drexler has the strongest bracket, while Shaq struggles with an unfamiliar feeling.  Accompanying these two new TV spots are a series of social and on-air pre-roll promos referred to as “Tourney Tips,” where these legends dispense tips to fans on how to stay strong throughout the tournament.  The last three pre-roll tips to drop are “Strong Grip,” “Strong Science” and “Strong Song.”