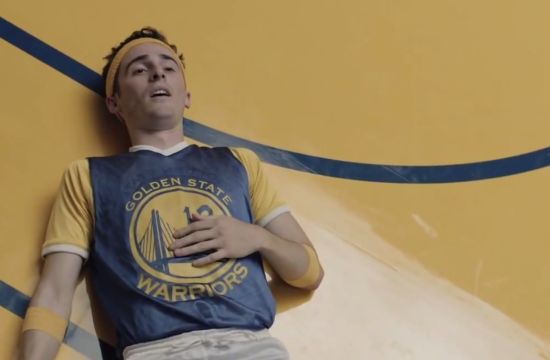 San Francisco-based creative agency MUH·TAY·ZIK | HOF·FER (MTZHF) recently created the first-ever broadcast and social campaign for NBA team The Golden State Warriors titled "We Are Warriors." Just released is "Help From My Friends," the first of four clever, funny and strategically spot-on spots in the campaign, that will run throughout the season.

The campaign features real-life fans playing against the pros, with hilarious results. An open casting call was posted on the team’s Facebook page – a video with star forward Harrison Barnes that received thousands of Likes and Shares within just a few short hours. Scores of fans and local TV cameras converged at the team’s practice facility for an audition, and the lucky ones who made the cut were invited back to face their favorite players such as Barnes, Steph Curry and Andrew Bogut, on and off the court.

“Warriors fans are more than just spectators; they’re part of the team,” says John Matejczyk, Co-Founder and Executive Creative Director at MUH·TAY·ZIK | HOF·FER, and director of the “We Are Warriors” spots. “That’s why we decided to focus all of our commercials on the fans, to the point of making them the stars. It took an open source casting call, a wild casting event, tons of news coverage and social media, and ongoing dialogues with the fans to make it all happen. We gave everybody something to get excited about and a way to interact with the team before the new season even started.”