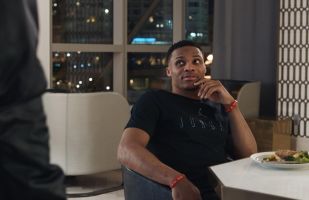 “Stats” includes Westbrook, who is on pace to finish as only the second player ever to average a triple double over an entire season, pointing out that there is more to his game than just traditional stats like points, rebounds, and assists.  He’s also crashing into cameramen, creating an unprecedented amount of parental neglect, and single-handedly keeping entire tech companies afloat.

The spot, created by BBDO New York, launches digitally today, and will air on broadcast TV beginning this Thursday.