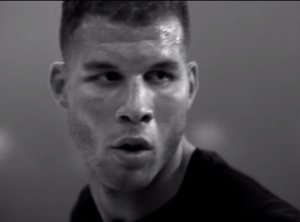 To celebrate the arrival of the latest collection in Foot Locker throughout Europe, Jordan proves there’s much more to Blake Griffin than just his dunks.

In a message straight to the naysayers, commentators and skeptics who say that Blake Griffin is “only a dunker”, Jordan’s latest campaign for Foot Locker proves there’s more to this 6’10” Jumpman endorser.

Created in partnership with Wieden+Kennedy Amsterdam, the campaign’s 30-second film shows the multidimensionality of Griffin’s talents and how this high flier’s game has risen to a level above all expectations.

Shot in black and white by renowned director Paul Hunter, the film doesn’t show the expected dunks. Instead the film sees Griffin throw down some iconic moves that define him as more than just a dunker. As that’s the great thing about expectations; you can live up to them, or take flight and rise above them.

"The Jordan brand has a long tradition of showing athletes in a unique light, so it was nice to show the world a whole other side to Blake Griffin,” says David Smith, Wieden+Kennedy Amsterdam Creative Director.

Social and digital activity underpins the film, with Griffin challenging ballers everywhere to raise their game and fly above expectations.

‘Above Expectations’ is airing now on TV in France and Italy, and also features in online activations in these markets along with the United Kingdom.