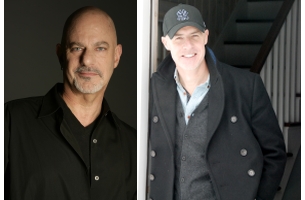 Native Pictures, a company known for creative thinking and innovative production solutions, has added renowned directors Rob Cohen and Gary McKendry to its roster, and Partner/Executive Producer Chris Messiter to its management team. Cohen joins Native on the heels of shooting his latest epic action-adventure commercial for Mountain Dew, and is currently in pre-production for a European car commercial.  McKendry has just completed his first project for Native and Match.com’s delightful.com, a funny and relatable campaign for the new dating site featuring Steve Harvey.

DeVito commented, “Rob and Gary are directors who have the Native mindset. They roll up their sleeves, stand alongside you and make smart decisions, while working collaboratively and quickly. Rob is incredibly well versed about filmmaking, both creatively and technically, everything from crafting a compelling narrative to in-camera and post effects.”

“And Gary is a great hybrid of film director and advertising creative,” Anderson added.  “He understands advertising in terms of it being effective and entertaining, always creating memorable stories people can relate to through great visual and dialogue-driven performances.

Messiter commented, “Part of the thrill of partnering at Native is that we have all had the good fortune of working with great talent and understand how to grow and bring new talent to the market.”

Cohen is an EMMY-winning, DGA- and Academy Award-nominated director who has helmed over 34 films. A sought after global talent, over the past year he has shot commercials in 11 6 different countries directing spots for Mercedes, Coca-Cola, Kohl’s and Verizon FIOS. His feature film The Boy Next Door is currently in theaters.  McKendry, a former advertising art director, has directed award-winning commercials for clients such as IKEA, Porsche and Heineken, and the Academy Award-nominated short film Everything in This Country Must.