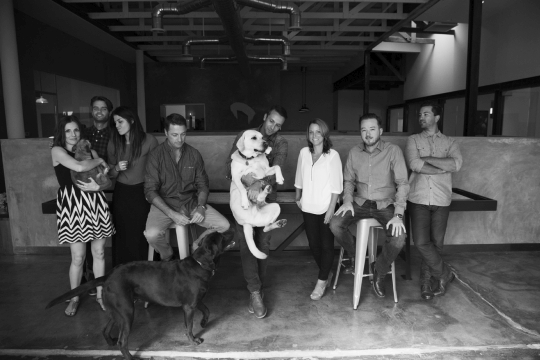 Native Pictures, which built its reputation as a small collective of creative and production talent renowned for delivering smart, high-quality solutions no matter the budget, has evolved its offering with an exclusive director roster and a new film division.

“Simply put, I love the filmmaking process and brought that passion to Native,” said DeVito, formerly a producer at RSA Films. “Native’s foundation is built on smart, high quality commercial production and it’s helped us develop repeat business with clients such as Target and Match.com. Now we offer a roster of accomplished directors with experience in both traditional and digital advertising. Our clients are talking more than ever about making advertising more entertaining. In our film division COTA and Executive Producer Michael Costigan, we have a conduit to even more talent across features, television and short film.”

Costigan has developed and produced some of the past 20 years’ most memorable films, including Brokeback Mountain, and was president of Ridley and Tony Scott’s Scott Free from 2005-2012, where he first met DeVito. “Tomer and I share a deep respect and appreciation for the craft of filmmaking, and the team effort behind a successful production,” Costigan said. “We work closely with directors to create memorable films, whether they’re 30 seconds or 2 hours long. The best commercial directors are great storytellers who make every beat count, while features directors bring the rich language of film to short format. Our company offers the best of both worlds for clients and a great pipeline to opportunities for directors.”

“You have to have Native in the conversation because they will come to you with an out-of-the-box idea,” commented Tom Dunlap, Chief Production Officer at 72andSunny. “Tomer and Native appreciate production. Native will never shoot ideas down. They’ll do the research and figure out how they can make it happen. For creatives, that is incredibly important. It is creative thinking.”

DeVito points to Native’s enduring client relationships as another incentive for evolving the company’s offering. “We are a tight-knit team who treat our clients like family,” DeVito added. “We pride ourselves on being honest and straight-forward and delivering solutions that are outside the box.”

Native is represented for commercials by Kevin Batten’s Pop-Arts Mgmt for the West Coast and MillerStephen for the Mid-West, with DeVito currently handling the East Coast.