Nationwide’s Storybook ‘On Your Side’ 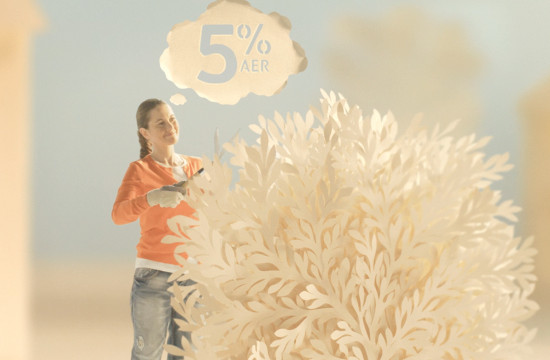 18 Feet & Rising is behind the latest Nationwide advertising campaign, which evolves the delicate paper-cut out storybook that first appeared in 2012.

The 20-second spot is set inside the storybook, and takes the viewer into a miniature pop-up world where the inhabitants go about their daily lives as the familiar voiceover talks to us about Nationwide’s new FlexDirect current account and promotes its 5% interest rate. As Britain’s largest building society, Nationwide continues to set itself apart from high street banks with this campaign.

Both the storybook and the delicate world within were crafted entirely by hand and shot in stop motion. It was written by creative director Stephen de Wolf and directed by Martin Anderson.

Jon Busk, Managing Director at 18 Feet & Rising, said: “Nationwide has a great new market leading current account, and our job is to show that Nationwide is a real alternative to the high street banks. The paper cut out artistry is beautifully intricate, attention grabbing and a great way of getting the 5% message through. Like the brand, the human touch makes all the difference.”