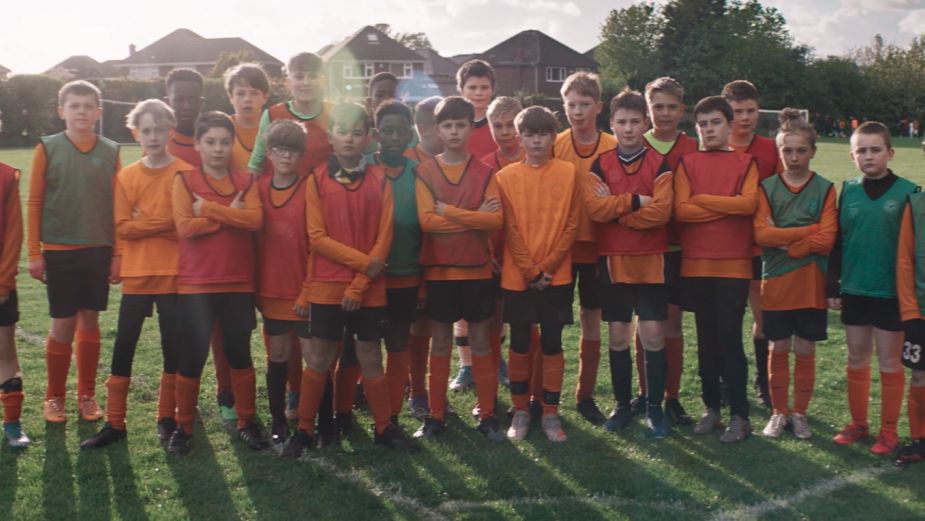 Nationwide Building Society’s latest campaign, ‘Lessons From The Game’ launches today across the UK. The integrated campaign, created by VCCP, will air in the run up to the UEFA Euros Football tournament and will drive awareness for their partnership with The FA Respect Programme, demonstrating how integral grassroots football can be in helping to build a mutual respectful society.

Like so many sports, the pandemic has significantly impacted Grassroots football with independent research showing that nearly 4,000 local clubs will struggle to survive post-pandemic even though 75% of parents expressed that their children had missed the ability to play.

The campaign highlights Nationwide’s partnership with The FA Respect Programme and with the Euros Football tournament only a matter of weeks away, the campaign aims to highlight the importance of encouraging respectful behaviour, both on and off the pitch and the significant impact it can have. Aligning with Nationwide’s brand ambitions to discuss societal messages both powerfully and authentically, the campaign utilises real stories from real people.

Launching with a hero 60-second film, it features a young football player ‘Finton’ and his grassroots football club Urmston Meadowside FC. Finton’s own voice narrates the story of his grassroots footballing career. With the help of British poet Mike Garry, Garry took Finton’s own words and re-arranged them into a beautiful poem, a process referred to as ‘found poetry.’ The poem explains that he has struggled to deal with his anger issues and as a result, found it challenging to play football with other children.

Finton explains that his new team, Urmston Meadowside FC have helped him overcome these challenges and have shown him the importance of mutual respect for both the beautiful game and his fellow players. We see Finton’s team mates slowly arrive by his side, this captivating scene serves as a symbol of the unity and mutual respect that is present in grassroots football but also reinforcing these as important values that Nationwide Building Society holds toward their customers.

Paul Hibbs, head of advertising at Nationwide Building Society said: “All too often football gets a bad rap. But you only have to visit one of the thousands of grassroots football clubs to see the positive role football plays in helping young people to develop core values of acceptance, inclusion, kindness and mutual respect for their teammates, officials and coaches - skills and values that players learn on the pitch but take into wider society too.

Finton’s story encapsulates that perfectly and if we all follow his example we will keep the beautiful game beautiful for generations to come.”

Jim Thornton, executive creative director at VCCP added: ”It feels like all one ever hears about grassroots football is all the bad stuff - abusive parents, terrified refs, players imitating the less savoury aspects of the professional game. But grassroots football also does far more good than harm. We wanted to celebrate Nationwide's partnership with the FA's Respect programme by celebrating some of the ways it's transformed one young man's life for the better. Written by 12 year old Finton, and starring him and his teammates, we're really proud of his simple tribute to just some of many things that are great about grassroots football.”

Alongside the hero TVC launching today, the campaign will run for three weeks across digital and print and OOH, and will also highlight moments of mutual respect from the tournament to reinforce the same values that Nationwide Building Society cherishes. Media planning and execution was managed by Wavemaker.