Nationwide Reveals the Latest Iteration of its ‘Voices Nationwide’ Campaign

The film from VCCP aims to champion ordinary people in society 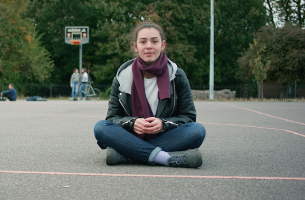 Following on from the launch of its ‘Voices Nationwide’ campaign in September, Nationwide Building Society has released a series of new films that continue to champion people in society.

Featuring London Laureate, Laurie Bolger, The Roundhouse’s resident artist, Erin Bolens, and 16 year-old Isadora, the films explore relationships, the experience of owning your first home and the journey from childhood to adolescence.

All of these poignant life moments are features of today’s society and each advert highlights one of Nationwide’s products or commitments that help people realise their hopes, ambitions and aspirations. These latest films promote the Society’s FlexOne savings account available for those aged 11-17 years, having a joint current account allowing couples to save for their future, and its commitment to supporting people into their first home by making £10 billion available to lend to first time buyers.

Sara Bennison, Nationwide’s chief marketing officer, comments: “The start of this campaign has certainly had an impact amongst our members and non-members. These latest adverts once again demonstrate that we understand and care about our members, a fact at the heart of our mutual ethos. They provide a really powerful voice to people’s hopes, dreams and fears, while also showcasing our strategic ambition of building society, nationwide.”

Jim Thornton, Deputy Executive Creative Director, said: “If this campaign is to truly represent voices nationwide talking about what’s most important to them, then we have a duty to let as many voices be heard as we possibly can. Erin and Laurie are the latest two of many voices to come”.