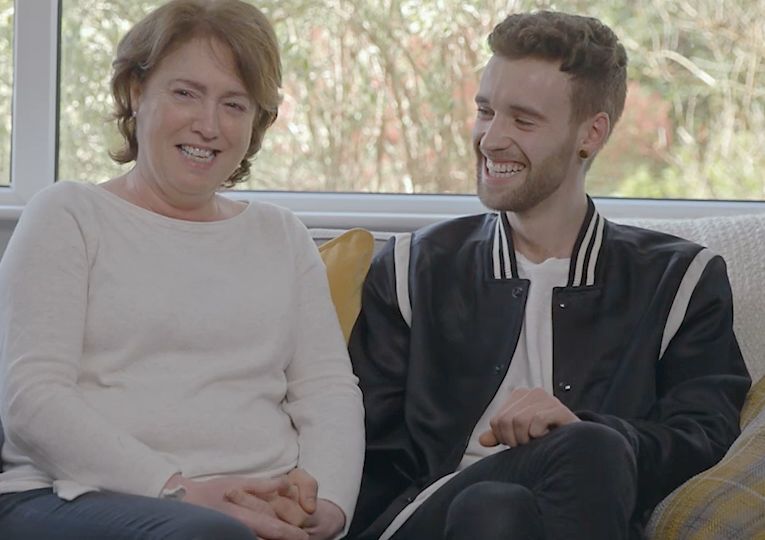 For many of us, our mothers are the most important figures in our lives whether it is raising us, shaping us, a shoulder to cry on, being the voice of reason and yes, occasionally, a walking ATM. This is why Nationwide Building Society, as part of its ongoing ‘Voices Nationwide’ campaign with VCCP, created a special campaign for this Mother’s Day under the banner #GotThisFromMum.

#GotThisFromMum started out as a social campaign encouraging people to take to Facebook and Twitter to post about something they got from their mums: be it quirky habits or old fashioned values; dusty heirlooms or a love of gin.

Posts were fed into a live newsroom, where they were then turned into poems - written live on site by one of Nationwide’s spoken word artists. Over 50 poems have been written over 3 days and sent back to sons and daughters across the UK to give to their Mums.  A select few were even turned into short films, performed to camera by the poet themselves.

But it didn’t stop there. To make one Mother’s Day extra special, the campaign culminated in a one-off TV spot, aired on Mother’s Day, where we saw the live reaction of Mo, a mum in Belfast, to a poem written especially for her by Laurie Ogden with the help of Mo’s son, Gavin. The spot was filmed in Mo’s home in Belfast on Saturday morning, the day before Mother’s Day, and then edited, sound designed and graded overnight.

As is the signature characteristic of the Voices Nationwide campaign, the spot is largely unscripted, (bar the poem itself which was written by Laurie Ogden) and as a result, what the audience sees is truly authentic, natural and uninhibited. And most importantly, they hear the authentic voice of someone speaking up for what they believe is important – in this case, their Mum.