Direct campaign to save heritage site capitalises on popular drama 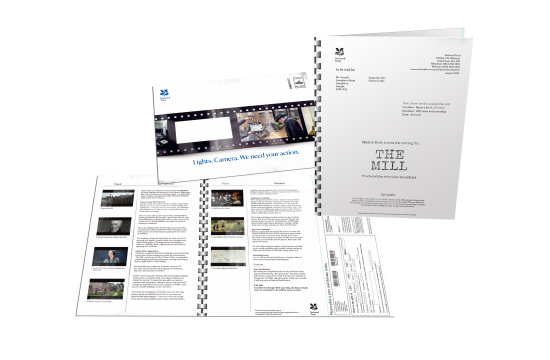 The National Trust is launching a direct campaign, created by LIDA, which harnesses the TV exposure of Channel 4’s period drama ‘The Mill’, in an effort to raise £100,000 towards the current appeal for its industrial heritage site, Quarry Bank.

The initiative launches on 28 August, following the final instalment of Channel 4’s powerful historical drama series ‘The Mill’, which has been shown throughout August and is inspired by the lives of real people. It tells the stories of young 19th century apprentices at Quarry Bank, drawing on the rich history found within the archives and using artistic license to make the drama.

The campaign is designed to support a wider national appeal which the National Trust launched in February 2013 aimed at raising £1.4 million, as part of a £6 million project to transform Quarry Bank. Dubbed the ‘More than a mill’ project, The Heritage Lottery Fund also awarded Quarry Bank £164,000 in interim funding, as it considers the application for a total contribution of £3million.

LIDA’s letter and email plays on the fact that Quarry Bank has been the set for the period drama. Both formats differ from standard letters or emails sent out by the National Trust, as it is designed as a mock script, with important information highlighted, as if an actor has circled certain sections in their lines.

Stills from the drama appear alongside historical imagery from the National Trust archives, as well as current photos and a mock spine binding adds the TV script effect, designed to engage the reader, and the envelope uses footage from the Channel 4 drama, filmed on location, with the line ‘Lights. Camera. We need your action’.

Sarah Kennedy, Marketing Executive at National Trust said: “We don't want the story of Quarry Bank to live only on our screens. LIDA has done an excellent job at highlighting the then and now of one of Britain’s greatest industrial sites – a place full of stories of power, people and the birth of industry. We really hope that the images within the campaign strike a chord with our readers and encourage them to support our appeal and make a donation.”

Nicky Bullard, Executive Creative Director, at LIDA said: “The Mill gave us a cracking opportunity to contact members and remind them of the historical importance of Quarry Bank.  The script idea was utterly relevant, allowed us to unpack the story beautifully and has great standout.”

The DM and email will be sent to those that have already donated with an update on what is happening at Quarry Bank Mill, and also to people who have received previous communications but have not yet donated.

Since 2006, the National Trust has been working hard to bring together all the pieces of the Quarry Bank story. Their aim is to return it to its former glory with a primary focus of sharing more of this special community which includes the mill, a wood, a village and the homes and workplaces of the owner, mill manager, workers and apprentices. Quarry Bank is the only complete example of an industrial mill still standing in the UK.

To make a donation to the Quarry Bank appeal, for special online fundraising games and for the Mill’s opening times visit www.nationaltrust.org.uk/quarrybankappeal.