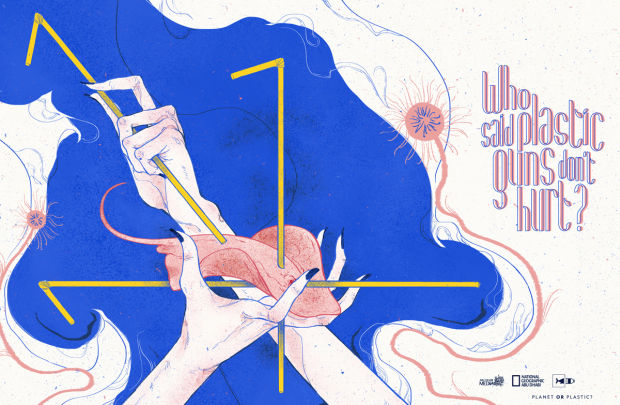 More than five trillion pieces of plastic are already floating in our oceans, with nine million tons thrown in every year. This is why National Geographic launched Planet or Plastic? — a multiyear initiative aimed at raising awareness of this issue, hoping to reduce the amount of single-use plastic that enters in the world's oceans.

This year, they created a 2019 calendar, collaborating with 12 young artists from the 12 countries that suffer most from ocean plastic pollution. Each piece of art highlights the environmental and health impact of plastic waste on their country’s marine ecosystems and all who rely on them. Each piece was inspired by real news and is accompanied by a short video explaining the artists' process and testimonial. 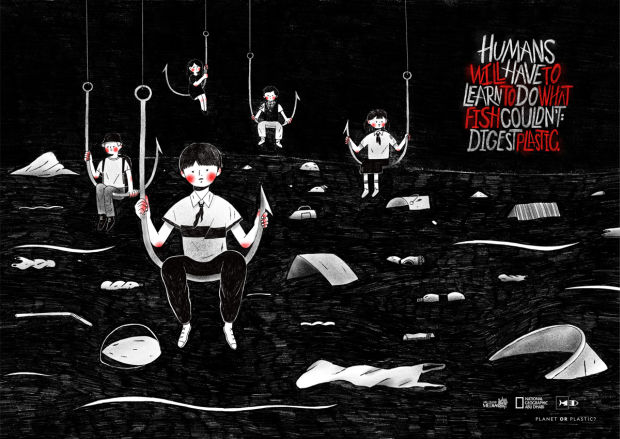 Sheng Chen is an illustrator based in Shanghai, China. Her mixed-media works paint a picture of the world through her eyes and reflect her passion in creating memorable characters and expressing social commentaries. Check out the video behind the artwork here.

February - The Future or Plastic? 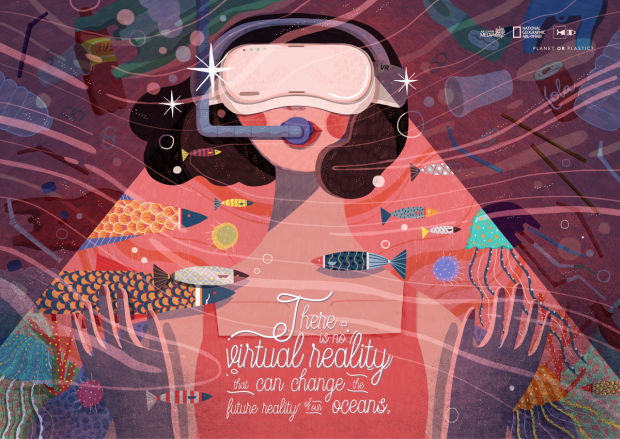 Kathrin Honesta is an illustrator based in Jakarta, Indonesia focusing on storytelling in advertising, branding and publication. An avid lover of art and technology, she’s constantly creating masterpieces with eye-opening messages. Watch her testimonial here. 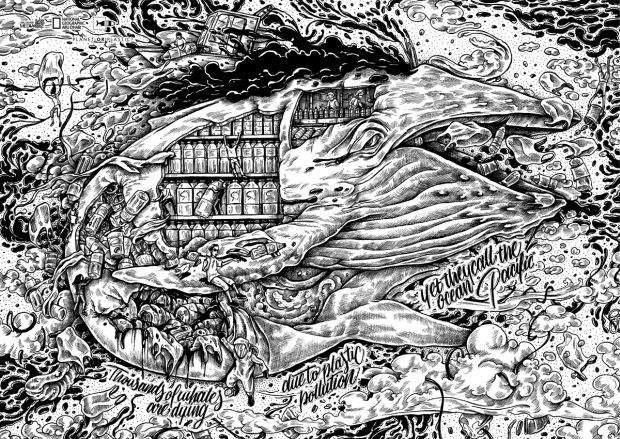 Kristy Anne Ligones aka KDLIG is a Filipino artist and a freelance illustrator. Her style is often described as pop surrealism, highly influenced by the lowbrow art. Proficient in digital and traditional media, she loves lending her voice to the planet. Check out her video here. 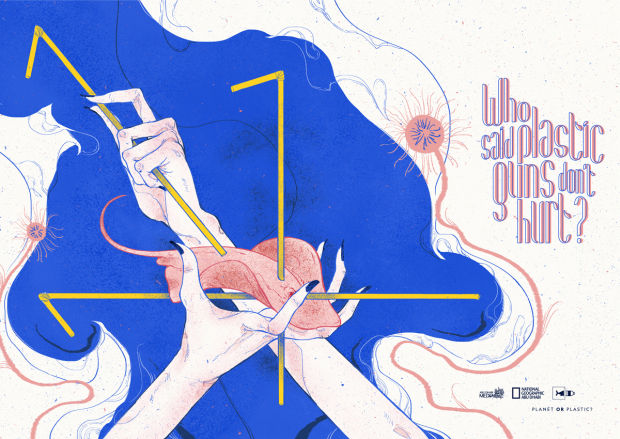 Thao Mien Phan is an artist and graphic designer based in Ho Chi Minh City, Vietnam. A traditional art and marine biology enthusiast, her works stand out for their intricate lines, harmonious colour combinations and for shining a light on marine life. Watch the video explanation here.

May - Blue Ocean or Plastic? 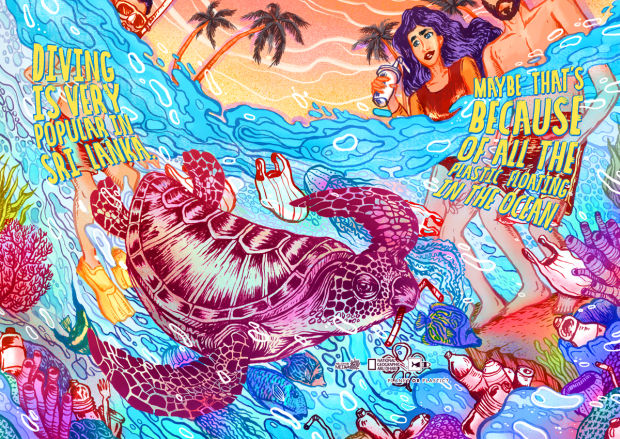 Ruwangi Amarasinghe is an illustrator and mural artist based in Colombo, Sri Lanka. She is known for her use of vibrant colors and intricate details. An artivist, she finds inspiration in human emotions, science fiction and most importantly, nature. Her video can be found here. 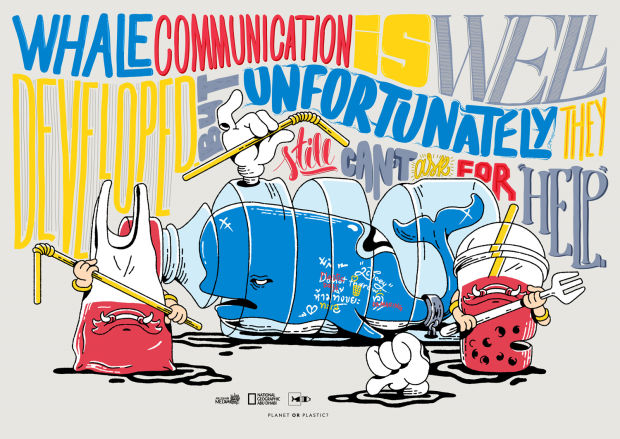 Bom Cherdsak aka 2CHOEY is an artist and painter. He was born in Korat, Thailand and is currently living in Melbourne, Australia. His works are richly influenced by Asian culture, pop culture, social media and environmental issues. His video testimonial is here. 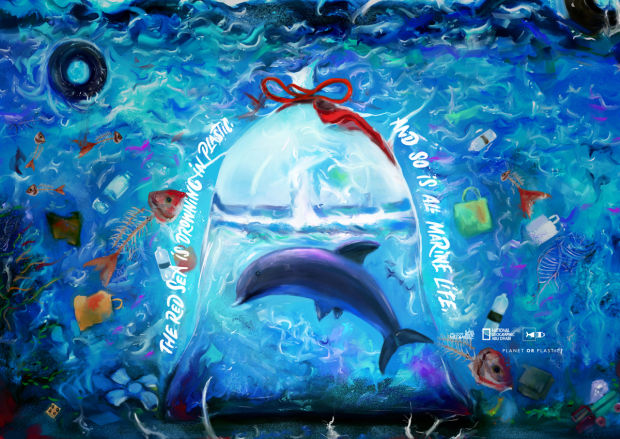 Ahmed Karam is a digital artist and paint based in Cairo, Egypt specialising in portraits and abstract art. His works highlight his signature style of rich colours, hyper-realism and his passion for the ocean. Check out his testimonial here. 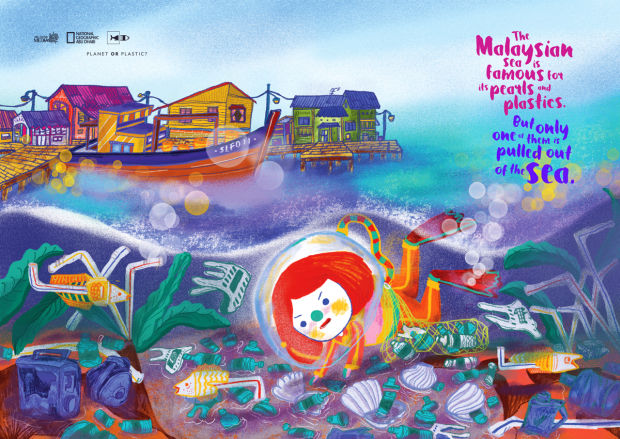 Kelseyz aka Troublexy is a visual artist and illustrator based in Kuala Lumpur, Malaysia. Her works focus on environmental conservation and sustainability, capturing the imagination of children and ocean lovers alike. Her video can be seen here. 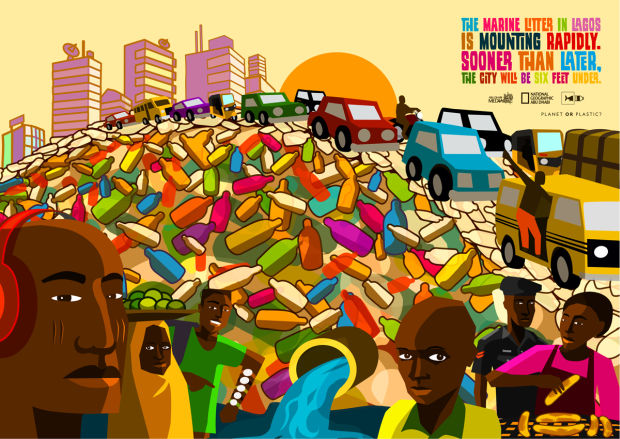 Thomas of the Cosmos is an artist and illustrator based in Lagos, Nigeria. His vivid and colourful works reflect the unique African culture, flavour and environment in the face of changing times. Check out his video here. 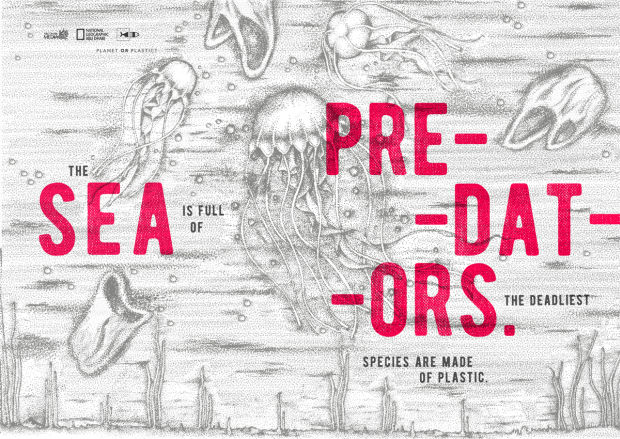 Helena Layzu is a fine artist, graphic designer and illustrator based in Khulna, Bangladesh. Her works are inspired by mother earth and reflect the environment around her — above and under the sea level. 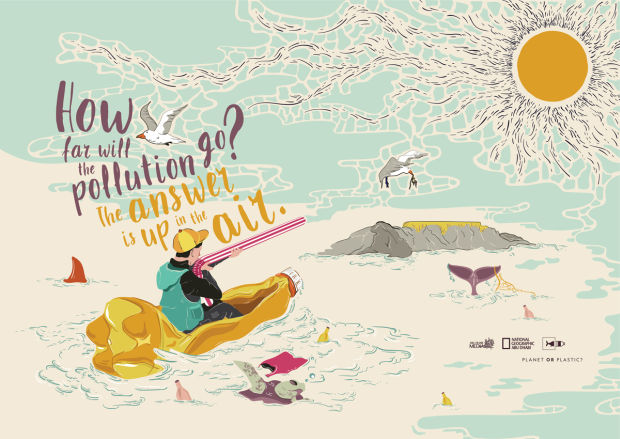 Wilmari Botha is an illustrator and designer based in Johannesburg, South Africa. Her unique printmaking-inspired style and passion for the wildlife are highly visible in each of her artworks. Watch her video here. 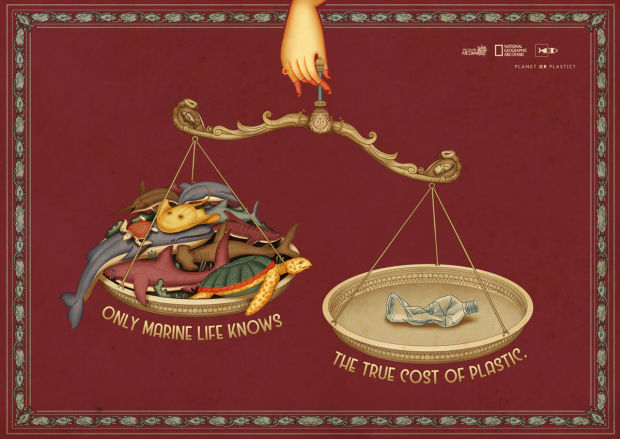 Pavan Rajurkar is an illustrator based in Mumbai, India. He believes in imbibing every one of his artworks with his own unique twist; and therein lies his biggest strength. He likes to explore various styles but has developed his own remarkable style over the years. His testimonial is here.

The campaign was made with Saatchi & Saatchi Dubai for National Geographic Abu Dhabi.