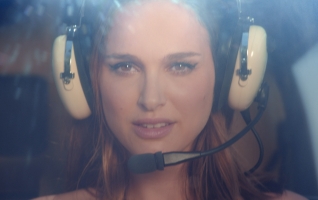 Anton Corbijn has directed his debut commercial, produced by Black Label for Christian Dior and released today. Created for the brand’s Miss Dior fragrance, Corbijn has created the eponymous film in which Natalie Portman reprises her role as Miss Dior.

It’s the first time the Dutch photographer, music video and film director has made the creative transition to commercials.

Black Label Executive Producer, Dom Freeman comments: “In both feature films and commercials you are working with creative people to find the best way to get your story or message across. A Director of Anton’s calibre has the ability to get that message or story across in 30 seconds, 3 minutes or a 120 minute movie, even in a single frame, which Anton’s photography is proof of. The transition works for Black Label as all of our Directors – whether they’re from features or commercials – are masters of the story.”

Portman revives the Miss Dior character on her wedding day, having most recently portrayed her in 2013 when falling onto a bed of flowers in Sofia Coppola’s ‘La Vie en Rose’.

Apologising to her father as she exits, Miss Dior kicks off her shoes, casts of her dress, and flees her own wedding.

Cobijn comments: “For me, she’s not leaving her father, she’s just leaving a life. All the things in your life you sort of, reluctantly I guess, accept and you go this far; that’s when you realise you need your own life. Natalie is fantastic, she gave it everything and it’s a real person there. I think that speaks to more people than only beauty. It’s given that she’s a beautiful woman, but there’s a person and that really makes the difference.”

Portman comments: “Anton Corbijn is such an exciting Director to work with. He has such incredible photography, music videos and films, he’s really bold and I think really, sort of, the new wave. This film is much more physical, I think, than anything we’ve ever done really. It really feels like an action hero.”

Shot in Antibes, France, the shoot was split between the Hotel du Cap-Eden-Roc and the surrounding countryside.

Freeman comments: “The location was beautiful and the weather was stunning. We were very fortunate for the Hotel Du Cap-Eden-Roc to allow us to use the hotel as a location and even more fortunate to be able to roll out of bed and straight onto set, not something we’re used to!

“The most challenging aspect of the shoot was definitely waiting for a life-sized, gold-plated mammoth skeleton by Damien Hirst to be removed from the location, so that could replace it with a giant mirrored wall with thousands of hand-cut orchids - all of which had to be placed individually, by hand, into their own tiny vases to keep them alive in the heat – in 12 hours. The most enjoyable aspect? Doing it in 11.”

The launch of the new Dior campaign marks the start of a busy month for Corbijn, who will also see his latest feature film ‘Life’ make its world premiere on February 9th at the Berlin International Film Festival.

Starring Robert Pattinson and Dane DeHaan, the film is inspired by the true story of a friendship that developed between Magnum photographer Dennis Stock and actor James Dean when Stock was commissioned to photograph the actor for LIFE magazine in 1955.

Corbijn is also the creative director behind the visual output of Depeche Mode and U2, having handled the principal promotion and sleeve photography for both bands for almost three decades.