Lam is an international executive creative director, based in New York 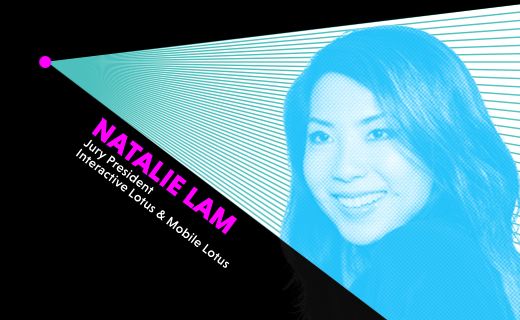 ADFEST has added Natalie Lam to its line up of Jury Presidents for 2019, overseeing the Interactive Lotus and Mobile Lotus categories.

“It’s truly an honour to be joining the jury at ADFEST 2019. I’m curious to come back to Asia to find out who is behind the region’s leading-edge digital ideas – especially those ideas that bridge the world between humanity and technology, which agencies in the Asia Pacific and Middle East do so well,” says Lam.

Originally from Hong Kong, Lam is behind some of the world’s most famous digital campaigns for brands like Nike and Spotify. She was part of the original small crew that created Nike+ and also helped build NIKEiD into a profitable sales channel for Nike.

Jimmy Lam, president of ADFEST, says: “Natalie loves technology that’s driven by stories, human insights and brand, and her work has explored new possibilities for brands like Nike, Google, IKEA and Spotify. She’s the perfect candidate to lead our Interactive and Mobile jury, and we look forward to welcoming her back to Asia next March.”

In 2015, Lam took a break from advertising to start an electronic music and DJ school called The Foxgrove. It aims to teach music-loving New Yorkers how to make music for themselves and has been featured everywhere from Rolling Stone to Fast Company and The New York Observer.