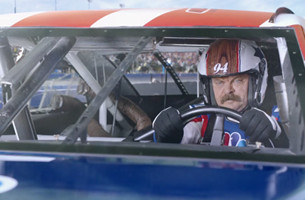 Parks and Recreation star Nick Offerman stars in this amusing two-minute music video to celebrate the return of NASCAR on NBC Sports. The Parks and Recreation star waxes lyrical about the patriotically macho effects of the racing sport - think stars and stripes thongs - and the positive effects of this could have on a swiftly softening US population.

The film was created in-house by NBC Sports Agency and was directed by Hungry Man’s Dave Laden.

A 60-second version is set to be broadcast on the TV network as the Super Bowl ends on Sunday.